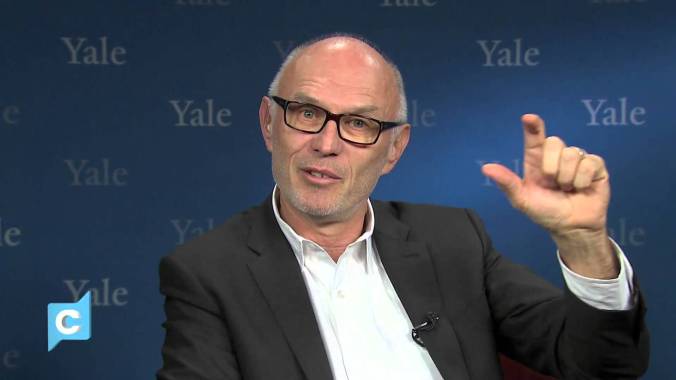 Miroslav Volf, founding director of the Yale Center for Faith and Culture, is visiting Oklahoma City as guest lecturer for the McGaw Lectures at Oklahoma  Christian University.

OC leaders said the Yale scholar’s presentation tonight, April 12, is free but people were required to request tickets for admittance and all of the tickets have been distributed.

Obviously, there’s widespread interest in Volf’s lecture, likely because his presentation is to be based on his 2011 book “Allah: A Christian Response.” In it, Volf, Yale’s Henry B. Wright Professor of Systematic Theology, addresses the question “Do Christians and Muslims believe in the same God?”

Volf took some time today to answer a few questions on this thought-provoking topic:

Q: Why did you decide to write your book “Allah: A Christian Response”?

A: The occasion for writing the book was a conference we had organized around the question of what binds Muslims and Christians together, if anything binds them together. That conference itself was the result of a very famous letter that 138 Muslim scholars had written addressed primarily to Pope Benedict XVI, but to all the Christians, called “A Common Word.” In this text, they claimed that what binds Muslims and Christians together is a command to love God and to love one’s neighbor. That was kind of a revolutionary document. I was an author of a Christian response with an equal number or even greater number of signatories from the Christian side. A result of that was that I started asking myself, OK, so let’s assume that that’s true, that what binds Muslims and Christians together, and Jews too, is love  of God, love of neighbor –- do we mean the same thing by “love”? Do we mean the same thing by “neighbor”? Who is my neighbor is the famous question from the New Testament. Then finally, do we mean the same thing by “God”? So when I have examined these three questions that I asked myself, I thought … where are some ways the One whom we worship can be said to be the same? That then became the question that I sought to explore — in a sense, to help first clarify what is the truth of the matter from a Christian standpoint and then help in mutual understanding among Muslims and Christians.

One thought on “Who is the ‘we’ in ‘the God we serve’? Yale scholar takes up Christian-Muslim question”