For Juan, Ramadan is a balancing act. On the one hand is his religious faith and practice. On the other is his land, his culture, his home: Puerto Rico.

Although he weaves these two elements of his identity together in many ways, during Ramadan, the borderline between them becomes palpable. For the Puerto Rican Muslimslike Juan, the holy month of fasting brings to the surface the tensions they feel in their daily life as minorities – and as Muslims among their Puerto Rican family and Puerto Ricans in the Muslim community.

That is even more true this year in the wake of Hurricane Maria, the storm that made landfall in the southeastern city of Yabucoa on Sept. 20, 2017, and devastated parts of Puerto Rico. Even today, many parts of the island are without essential services, such as consistent electricity and water or access to schools.

I met Juan in 2015, when I first traveled to Puerto Rico in an effort to better understand the Puerto Rican Muslim story as part of my broader research on Islam in Latin America and the Caribbean. What I have found, in talking to Muslims in Puerto Rico and in many U.S. cities, is a deep history and a rich narrative that expands the understanding of what it means to be Muslim on the one hand, and, on the other, Puerto Rican. This Ramadan, Muslims in Puerto Rico are using the strength of both these identities to deal with the havoc of Hurricane Maria.

Less than a week after the first family of suicide bombers killed or injured dozens of worshipers at Sunday services in Indonesia, the country’s top Muslim leader met with Vice President Mike Pence to discuss religious freedom in the face of mounting extremism.

“Honored to welcome the @NahdlatulUlama Secretary General to the @WhiteHousetoday,” Pence tweeted after his meeting Thursday with Yahya Cholil Staquf, who leads Nahdlatul Ulama (NU), the largest Muslim organization in the world.

“Their efforts opposing radical Islam are critical in Indonesia—where we saw despicable attacks on Christians. @POTUS Trump’s admin stands with NU in its fight for religious freedom & against jihad.”

Last Sunday, a family of six—including four children—believed to be affiliated with the terrorist group Jamaah Ansharut Daulah (JAD) set off explosives at three churches in Surabaya, the second-largest city in Indonesia.

As the holiday of Ramadan began, Staquf sat down with Pence and senior advisers in the West Wing to discuss the attack, which has heightened ongoing concerns from Christians and Muslims alike over radicalization and sectarian violence.

Sadly, tensions have increased between Christians and Muslims but the truth is the two peoples and their religions could not be closer. Muslims and Christians have always gotten along and defended each other. And these days both need to stand together in the face of terrorism against civilians whether it is in New York City, in the Gaza Strip or in the Arab World. Ramadan Mubarak to all Muslims during their holy month of Ramadan

This week as Muslims around the world celebrate the Holy Month of Ramadan, I have to wonder which religion has done more to embrace and honor the principles and beliefs of their religion, Muslims, Christians or Jews.

As a Palestinian Arab Christian, I have always been proud of my religious roots.

I grew up believing that though I am a Christian Arab, I am “Muslim by Culture,” a statement of deep respect for the powerful religious foundation of true Muslims.

A Christian man yelled at and harassed a Muslim woman while they were in line at a coffee shop in Riverside, Calif., and the barista and her supervisor stepped in.

Kathleen “Amina” Deady was wearing a niqab, a traditional Muslim head dress symbolizing modesty, when a still-unidentified man standing in front of her said, “Is this Halloween or something?” That would ultimately lead to the man yelling aggressively that he doesn’t “like” her religion, and then being denied service by staff at the Coffee Bean & Tea Leaf.

The video can be found here: 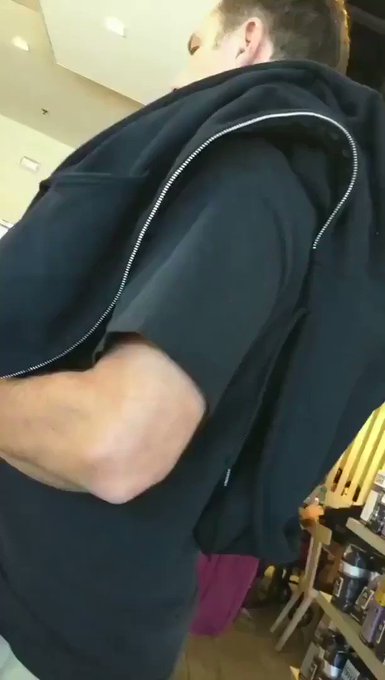 “I know your religion and I don’t want to be killed by you.”

This took place at a cafe in California yesterday.

The video of the interaction has gone viral, but in case you haven’t seen it, here’s what happened.

For the people of Palestine, the trauma of 70 years ago never ended.

Violence is intensifying in Gaza as the United States opens its new embassy in Jerusalem, a convergence of current politics and long-simmering tensions in the region. Israeli forces opened fire on demonstrators, killing dozens and wounding hundreds more, Palestinian officials said.

May 14 marks the 70th anniversary of Israel’s founding; May 15 is a day Palestinians know as their nakba, or “catastrophe,” the traumatic expulsion of hundreds of thousands of Palestinians from their homes in 1948 by Israelis. This event both defined their future of statelessness and occupation, and now forms the basis for their distinct national identity. Many of the chief consequences of the nakba, including the displacement of most Palestinians from their ancestral lands and ongoing statelessness, remain unresolved to this day.

This helps explain the enduring violence between Israelis and Palestinians, which flared up most recently on the border with Gaza. Beginning on March 30, a series of Friday protests billed the “Great March of Return” have seen thousands of mainly unarmed young men confront Israeli forces and border guards. They are blocking these men from the nearby villages, located in what is now Israel, from which many of their families were displaced in the 1940s. At least 37 protesters have died, and over 4,000 injured, in the unrest. These demonstrations, which will culminate on the 15th, combined with the opening of a U.S. embassy in Jerusalem, may well become yet another historic flashpoint. And even if the worst does not come to pass this time, sooner or later, it will. Until we come to grips with the political and cultural legacy of the nakba, calm, stability, and normality will elude Israel and the rest of the Middle East.

The island of Djerba is just off Tunisia’s southern shore, 294km from Tripoli. Yet the peace that prevails in Djerba is as far from the mayhem of the Libyan capital as can be imagined. So is the very peaceful relationship maintained by the approximately 1,000 Jews who live there with their Muslim neighbours.

Even more unusual in a Middle East where wounded identities clash daily, often unleashing bloody mayhem, millions of refugees and failed states, the annual pilgrimage to El Ghriba involves the happy mingling of Jews and Muslims.

It was the case again this year, as citizens of Djerba came to share the celebration of the annual festival with their Jewish neighbours.

El Ghriba synagogue was, legend says, founded after the destruction of King Solomon’s temple in 586BC. It is more likely, however, that it was founded after the second destruction of the temple in Jerusalem in 70AD. A Jewish necropolis in Gammarth, near Carthage, attests to the presence of Jews in Tunisia half a millennium before Christ in what was then the thriving capital of a Phoenician empire which spanned the western Mediterranean. The Talmud mentions several Carthaginian rabbis.

Persecution against the Jews and other Christian minorities followed the legalisation of Christianity by the Roman Empire by the edict of Milan in 313 and Byzantine rule in North Africa in the sixth century. During the 1,400 years of Muslim rule in Tunisia and more broadly in North Africa, relations between Jews and Muslims seesawed but never were Jews treated with the callousness shown to them by European Christians in the 13th century or during the 20th century.

In a few days, millions of Muslims around the world will recognize Ramadan with prayer and dawn-to-dusk fasting for a month.

Here’s what you should know about the Islamic holy time.

Ramadan is a month when Muslims fast and pray to grow closer to Allah. It’s a time to improve moral character and focus on positivity. Observance is one of the Five Pillars of Islam.

Ramadan is the ninth month of the Islamic calendar. It can last between 29 and 30 days.

The dates vary each year, depending on a moon-sighting methodology. This year, Ramadan will begin May 15 or May 16 and end between June 14 and June 16.

What can Muslims eat or drink?

Nothing, during fasting hours. A single sip of water would break the fast. Muslims can eat a pre-dawn meal (usually packed with power foods like fava beans, dates, potatoes or yogurt) to get them through the day. After sunset prayer, Muslims are also allowed to eat and drink as part of iftar, a feast with family and friends.