Now that a federal judge has ruled that the Islamic Center of Murfreesboro in Rutherford County, Tenn., can open, the mosque’s imam says muslims elsewhere should take notice.

“We set an example to people everywhere,” Imam Ossama Bahloul said Wednesday, as our colleagues at Nashville Public Radio report. “We can look to the people in the middle or far east or in the middle of Africa saying to them ‘America is the role model. Try to learn from us in America.’ ”

As WPLN’s Blake Farmer has reported for All Things Considered, “an ongoing court battle … stalled the project, one of several Islamic centers around the country that, like the so-called ground zero mosque, have encountered resistance from local communities.”

In Murfreesboro, Blake said, the dispute “started out as an attempt by mosque opponents to put the religion of Islam on trial.” Local attorney Joe Brandon Jr. said he was fighting the possibility of Shariah law being imposed on the people of Rutherford County.

The gospel call to love our neighbor as ourselves requires Christians to speak out against violations of religious freedom, whether they happen around the globe or right in our backyard. In many countries around the world, Christian minorities are persecuted for preaching the gospel and trying to practice their faith. Our advocacy for religious freedom around the world, especially in countries such as Nigeria, Egypt, Somalia, and Kenya where Christians are a religious minority, is  bolstered by the protection afforded to people of all faiths within the United States.

On the night of July 4, 2012, as many of its members celebrated Independence Day, the Islamic Society of Joplin, Missouri’s mosque was set on fire. This was the second time in five years arsonists had targeted the mosque. By asking the Department of Justice to investigate this attack in Joplin as a potential hate crime, Christians can send a clear message that violent attacks targeting Muslims in the United States are unacceptable and must stop.

To show love to our Muslim neighbors and protect religious freedom around the globe, sign the petition calling on the Department of Justice to investigate the attack in Joplin as a potential hate crime. 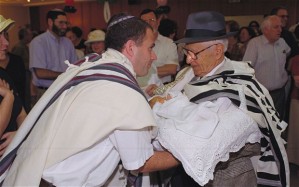 European Rabbis met in Germany on Thursday to proclaim their opposition to a German court’s ruling which outlaws circumcision.  The ban has brought religious leaders of the Muslim, Jewish, and Christian communities together in opposition.

Pinchas Goldschmidt, President of the European Conference of Rabbis, strongly worded part of his public statement against the court’s decision, calling it “the worst attack on Jews since the Holocaust”.

Approximately 120,000 Jews currently reside in Germany, and are joined by close to 4 million Muslims in their strident opposition to the banning of the religious ritual.

Rabbi Yisroel Diskin, Director of Chabad in Munich, says the ban is concerning for Germany’s Jewish population but he is optimistic that the state will overturn the ruling.

“I’m sure that the German government or Parliament will correct this issue and I hope it will be very soon,” Diskin told The Algemeiner.  “Just the message from the court, that circumcision is not allowed, is a very serious issue for Jews in Germany.”

Parliamentarians in Iraq’s Kurdish region are drafting a blasphemy law that, unlike those in other Muslim-majority nations, will protect Christianity as well as Islam from “insult.”

Prompted by rioting after a controversial sermon by a Kurdish mullah in May, the bill would make acts of blasphemy –- broadly defined as offending God or the prophets, or deliberately damaging holy books or religious buildings –- against any religion punishable by up to 10 years in prison, according to Rudaw News. Any media organization found guilty of publishing or broadcasting blasphemous content would be closed down for a minimum of six months.

Opponents insist the bill, if passed, will unlawfully censor media in the Kurdistan region. Proponents deny that censorship would become a problem.

“It isn’t prohibiting any freedom. You’re free to say your opinion; you’re free to criticize mullahs, scholars, Islam, the history of Islam,” Basher Hadad, head of the committee charged with drafting the bill, told Rudaw News. “What’s not OK and what’s not allowed is insulting Islam.”

Hadad says the law will protect Christians and other religious minorities in addition to Muslims. “The name of Islam is not mentioned in this law. What it does prohibit –- insulting God, the prophets, holy books –- is common to all religions. This law prohibits Muslims from insulting Christians, Yazidi or other religious minorities, too,” he said, according to Rudaw News. 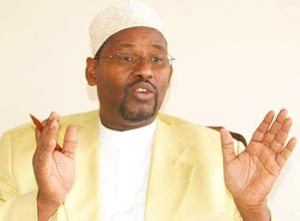 Adan Wachu, secretary general of the Supreme Council of Kenya Muslims and the chairman of Inter-Religious Council, said the weekend attacks, which are being blamed on an al-Qaida-linked militant group from Somalia, are meant to trigger sectarian violence between Christians and Muslims.

Wachu said clerics will actively preach against retaliation to prevent violence from spreading in Kenya like it has in Nigeria, where attacks on churches by a Muslim sect has ignited a spiral of violence

“This is not a religious war and it has to be addressed from a different paradigm shift,” he said.

Gunmen on Sunday killed two policemen guarding the African Inland Church, snatched their rifles and then opened fire on the congregation from inside and out, killing 15 people. A simultaneous attack took place on a Catholic church in the same area of the eastern Kenyan town of Garissa. 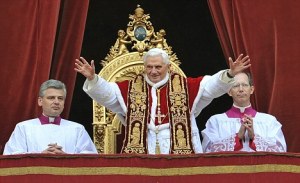 VATICAN CITY (CNS) — Pope Benedict XVI will present a papal document addressing the church’s concerns in the Middle East, meet with representatives of local Christian and Muslim communities, and address political and cultural leaders on a three-day visit to Lebanon Sept. 14-16.

Pope Benedict’s primary task on the trip will be to present a document, called an apostolic exhortation, based on the deliberations of a special synod of bishops held at the Vatican in 2009.

That two-week meeting, which was attended by 185 bishops, most of them from the 22 Eastern Catholic Churches in communion with the Holy See, focused on the precarious circumstances of 5.7 million Catholics in 16 Middle Eastern countries.

A document released by participants at the end of the synod called for “religious freedom and freedom of conscience” in Muslim lands, a theme Pope Benedict is likely to address on his visit.