As a child, my favorite books were those in which I could see myself. As a tomboy and a devoted reader, the titular Harriet from Harriet the Spy, and Gwen and Jill from the series Something Queer is Going On, became characters I could rely on for comfort and understanding. Only later did I realize that, on top of being nerdy tomboys, these girls were also coded as queer, giving me subtle permission to be who I was—who I am.

But what happens when a child doesn’t have models like these? When the books she reads are full of children who look nothing like her, whose families look nothing like hers, whose stories—while they might be otherwise relatable—don’t center on people like her?  The writer Saadia Faruqi worried about how this dynamic might shape how her brown, Muslim daughter—growing up in Houston, Texas—understood the world, and her place in it.

Born and raised in Pakistan, Faruqi moved to Houston with her husband shortly after they were married, and has since invested tremendous energy in promoting better understanding between cultures in her adopted country. She has been an interfaith activist since shortly after September 11, 2001, when she began providing cultural sensitivity training for synagogues and churches, police departments, businesses, and teachers, among others. Faruqi is is editor-in-chief of Blue Minaret, a magazine for Muslim art, poetry, and prose. Her essays on faith and parenting have appeared in TheWashington Post, Upworthy, The Islamic Monthly, Catapult, and The Huffington Post, among other publications. Last year, Oprah Magazine featured her as a woman making a difference in her community.

After releasing a book of short stories in 2015, Faruqi recently published her first chapter book series for early readers, Meet Yasmin! Illustrated by Hatem Aly in an energetic style that focuses on the lively protagonist, the four-book series features a Pakistani-American girl who is active, imaginative, and independent. Each book (all were published simultaneously and can be acquired either as one unit, or as four individual stories) features Yasmin running into some kind of problem—like getting lost or struggling to be creative—and figuring out how to fix it, all on her own. Faruqi knew that brown and Muslim children were already having painful conversations, out of necessity, about discrimination and bigotry. So she wrote a book that gave them a break from those weighty subjects. As Faruqi explained in a piece for Nerdy Book Club, “Yasmin is happy and healthy and faces everything that comes her way with determination and courage. She’s someone we all want our kids to be. She’s just an ordinary American girl, and my kids need her so much.”

I spoke to Faruqi via Skype on Yasmin’s publication date. She was charming, with a warm voice and an easy laugh. We talked about the burden of representation and the need for perfection, her sizable work load, and the big challenges and deep emotions that come with writing for children.

Disclaimer: I don’t speak for all Muslim-Americans, but I can say that at least a good amount of us are tired of seeing the stereotypical Muslim girl portrayed over and over again.

And that’s exactly what “Hala” does.

Minhal Baig’s new film (in theaters Friday in New York, Los Angeles, San Francisco, Columbus, Ohio, and Louisville, Kentucky; streaming Dec. 6 on Apple TV+) focuses on a first-generation, 17-year-old Pakistani-American girl of the same name (played by Geraldine Viswanathan) whose conservative parents expect her to marry a nice Muslim boy. Her parents had an arranged marriage, don’t want her hanging out with boys because reputation, her mom practically forces her to pray, but Hala is a “rebel.” She falls for the white boy in her class, goes out at all hours of the night with him and eats non-halal meat (halal meat is prepared according to Islamic law, kind of like kosher).

In 2011, visual artist Medina Dugger, from California, moved to Lagos, Nigeria, where she was inspired by local Muslim women to create her series Enshroud. “The series doesn’t take a stance in favour or against veiling, but supports both a woman’s right to choose and her religious expression,” she says. Each digital collage is created by layering two separate images: first, Dugger photographs the women in hijabs, then she superimposes them on top of plastic prayer mats. “I photographed them twirling, jumping and skipping to recreate moments I’d witnessed in the city, which were often incongruent with my previously held notions of women in hijab.”

Earlier this month, one of the most sought after actresses of our country, Mehwish Hayat received the Pride of Performance in Norway. This was followed by multiple appearances on various international platforms where she spoke about how the world of cinema is fueling Islamophobia. Meanwhile, the Chhalawa actress has also been appointed as the Brand Ambassador of Muslim Islamic Charity, Penny Appeal.

The good news is that Mehwish Hayat has now made it to the list of The Muslim Vibe’s top five Muslim women in the world who are striving to make the world a better place to live in.

“I am so honoured to be chosen by the international magazine, The Muslim Vibe, as one of the top five Muslim women in the world who are breaking stereotypes and changing the world,” Mehwish wrote on her Twitter handle. “To be thought of in the same breath as women I look up to is humbling.”

This list was released on Women’s Equality Day 2019, which is observed on August 26 around the globe.

In the face of increasing Islamophobia, a group of Muslims in Toronto is vowing to reclaim the mosque as a sacred and safe space for women.

The Women’s Mosque of Canada marked its first prayer meeting in Toronto Friday, in an effort to build an inclusive space for Muslim women to practice their faith, and heal from Islamophobic attacks that organizers say plague the community daily.

“There are women, including myself, that have experienced gender islamophobia and been attacked,” Farheen Khan, co-founder of the Women’s Mosque of Canada, told CTV News by phone shortly before the organization’s first prayer began at Trinity-St. Paul’s United Church.

“We want to be in a place where we can be safe; a space to connect with each other and heal.”

By offering bi-weekly Friday prayers—for women, by women  —Khan says organizers hope to create a community that not only supports its members’ faith, but breaks down social barriers that fuel anti-Muslim sentimentsas well.

The efforts come after several prominent attacks on mosques, including the deadly attack in New Zealand last month, and the Quebec City mosque attack in 2017.

“It feels like there has been an attack on the sanctity of the mosque,” Khan said of the violence.

The biggest increases were seen in Ontario and Quebec where police-reported hate crimes involving Muslims increased by 207 per cent and 185 per cent, respectively.

This is a dispiriting epoch of strongmen and bullies, yet side by side with the worst you find the best. So today let’s find inspiration in two heroes.

They are women who bravely challenged misogyny and dictatorship, one in Iran, the other in Saudi Arabia. Those two nations may be enemies, but they find common cause in their barbaric treatment of women — and since they are trying to squelch and smother these two women, we should shout their names from the mountaintops.

Nasrin Sotoudeh, 55, is a writer and human rights lawyer who for decades has been fighting for women and children in Iran. Her family reports that this week she was sentenced to another 33 years in prison, on top of a five-year sentence she is now serving, plus 148 lashes.

Loujain al-Hathloul, 29, a leader of the Saudi women’s rights movement, went on trial Wednesday after months of imprisonment and torture, including floggings, sexual harassment, waterboarding and electric shocks.

Her sister Alia al-Hathloul told me that Loujain was finally presented with the charges against her, which included communicating with human rights organizations and criticizing the Saudi “guardianship” system for women.

Loujain al-Hathloul, a leader of the Saudi women’s rights movement, in an undated handout photo. She went on trial Wednesday after months of imprisonment and torture.CreditReuters 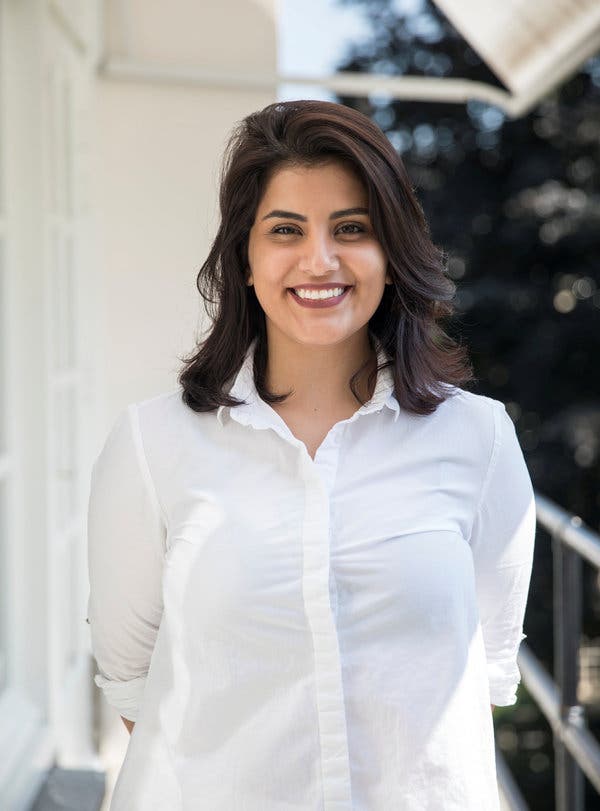 I previously suggested that Hathloul should get the Nobel Peace Prize, and she has now been nominated for it. So let me revise my proposal: Hathloul and Sotoudeh should win the Nobel together for their courageous advocacy of women’s rights before rival dictators who share one thing: a cruel misogyny.

Muslim women in Ireland have urged non-Muslims in their communities to “look beyond the veil” and to see beyond negative stereotypes of the hijab.

Irish Muslim women and men gathered for a breakfast event on Friday to celebrate World Hijab Day, which is marked around the world on February 1st.

The event was hosted by Muslim Sisters of Éire, a voluntary organisation which provides support to women (in particular Muslim women), and to encourage integration.

Chair of the organisation Lorraine O’Connor from Dublin converted to Islam in 2005 from a predominantly Catholic background.

“I noticed when I became Muslim and I started wearing the hijab that there was quite a lot of hostility so I decided to wear my hijab and to be Irish I needed to kind of be proactive,” she said.

She and others established Muslim Sisters of Éire in 2010 with a mission to “break stereotypes” and to combat negative public discourse, she says.

One of its visions was to bring Muslims together on World Hijab Day to celebrate the wearing of the veil.

FULL ARTICLE FROM THE IRISH TIMES