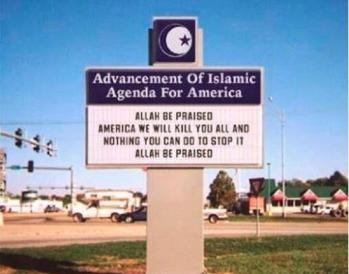 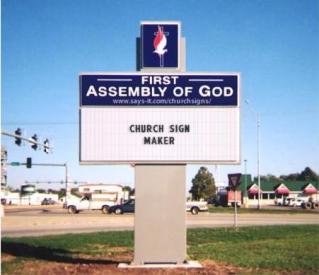 A sign reading “Advancement of Islamic Agenda for America” being posted outside a Michigan mosque is a digital fabrication. The photograph of a sign bearing an ominous threat from the group is a fake. There is no truth behind the image displaying a sign which bore a serious and ominous threat from the group “Advancement of Islamic Agenda for America.” Where did this originate?

Snopes reported that the photograph has been identified in social media postings as belonging to a mosque or some other Islam-associated administrative building in Michigan. The sign reads “Advancement of Islamic Agenda for America.”

The fake sign then advertises to viewers that organization’s ominous threat “AMERICA WE WILL KILL YOU ALL AND NOTHING YOU CAN DO TO STOP IT,” bracketed by invocations of the exaltation “ALLAH BE PRAISED.” However, the sign nor the organization is real. 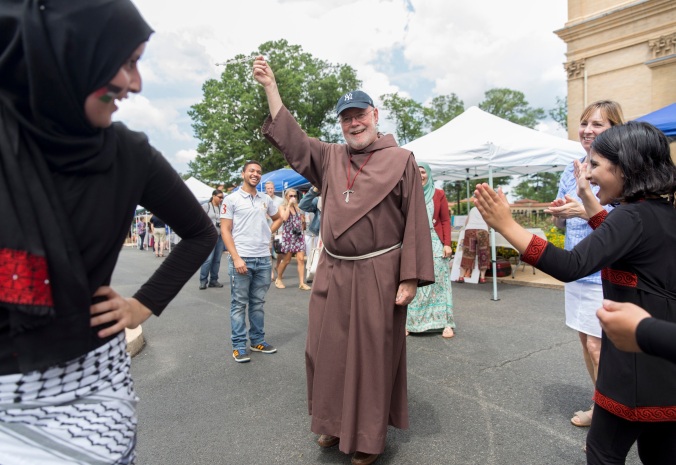 Along the western banks of the Jordan River, the place of Christ’s baptism and today known as Qasr al-Yahud, numerous churches and monasteries of different religions sit vacant and silenced due to the dangerous landmines that lie beneath them.

For almost 50 years, Qasr al-Yahud has been empty due to the landmines installed during the 1967 Six Day war between the Arabs and the Israeli people.

Halo Trust, a nonprofit organization, has worked to remove the landmines in the Qasr al-Yahud area since 2012. The group is dedicated to providing save environments for those living in areas surrounded by landmines through landmine removal, as well as assisting in local community rebuilding in the aftermath of war.

Their work has brought together various religious denominations in efforts to preserve the sacred churches, such as the Coptic church, the Franciscan church and the Syrian church, that all sit on the site of Qasr al-Yahud.

Jasinski spoke about the Jordan River landmine removal in a seminar at the Franciscan Monastery of the Holy Land in America as part of its fourth annual Holy Land Festival held July 15.

The festival cultivates a conversation of hope around the Holy Land, with many groups coming together to engage visitors with the situation of Christians and of peace in the Holy Land.

Father Jim Gardiner, a Franciscan Friar of the Atonement as well as a member of the Holy Land Committee of the Archdiocese of Washington, spoke to CNS about how the festival brought together so many different groups of people.

“Nobody knows who is Christian, Muslim or Catholic,” Father Gardiner said.

FULL ARTICLE FROM THE CATHOLIC STANDARD 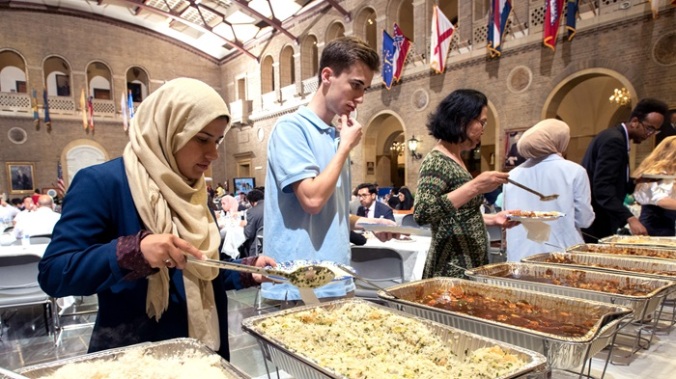 As much of American society undergoes a secular shift, most Muslims and Christians continue to attend worship, adhere to tenets of their traditions, and proudly identify with their faiths.

But despite this shared sense of religious devotion, as detailed in a new Pew Research Center report on what US Muslims believe and practice, survey data also show a huge gap in their perceptions of each other.

While Americans overall have warmed up to Muslims in recent years, white evangelicals express more concerns about US Muslims than any other religious group. Two-thirds of white evangelicals believe Islam is not part of mainstream American society and contend that it encourages violence more than other faiths, according to Pew.

Meanwhile, 72 percent of white evangelicals—compared to 44 percent of Americans overall—see a natural conflict between Islam and democracy. And 30 percent of Muslims themselves agree that the two are in conflict.

A small minority of Americans (6%) and Muslims (5%) attribute the tension to the belief that America is a Christian nation.

As CT reported in March, missions experts worry that evangelicals’ views of Muslims are sabotaging a long-dreamed-of moment. Previous research by Pew found that only 35 percent of white evangelicals say they have a personal connection to a Muslim, compared to about 40 percent of mainline Protestants and Catholics, 50 percent of unaffiliated Americans, and 73 percent of Jews.

Think of it this way: Culture is like a vessel, and religion is like water — it simply takes the shape of whatever vessel you pour it into. And this is why the prosperity gospel — the notion that what Jesus really wants for you is to drive a Bentley — can exist in the United States, and why the liberation gospel — the notion that Jesus was a warrior who fought oppression and poverty — exists in El Salvador. Both versions of Christianity are equally valid. They’re just dependent on the culture of the community to which they belong. 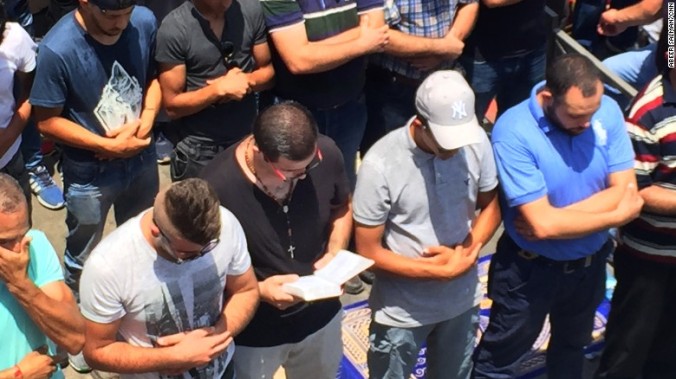 Jerusalem (CNN)Nidal Aboud stood out as one among many. As the men around him bowed, he made the sign of the cross. As they chanted their prayers, he read the Bible to himself. And as they said “Allahu Akbar” — God is greatest — he stood silently and respectfully.

He was the only Christian among thousands of Muslims at Friday prayers in the Wadi el-Joz neighbourhood, outside the Old City of Jerusalem.

The photograph, taken by CNN, of this simple interfaith moment has been published in local media and widely shared on social network sites as a touching example of cooperation in a time of conflict.
The prayers took place after Israel restricted access to Al-Aqsa mosque, which sits on the holiest site in the Old City, known to Muslims as the Noble Sanctuary and to Jews as the Temple Mount.

Israel installs security cameras as Jerusalem tensions build
After an attack at the Lion’s Gate entrance to the siteleft two Israeli police officers dead last week, Israeli authorities installed metal detectors and limited entry to men over 50 and women. On Sunday, they installed security cameras, a move that is likely to further inflame tensions.
The security measures are seen by Palestinians and Arab countries as a unilateral attempt by Israel to control the site — considered holy by both the Muslim and Jewish communities — and they have triggered widespread demonstrations and violent clashes between Palestinians and Israeli security forces.
Aboud, a 24-year-old Palestinian who has never before joined the midday Muslim prayers, says he wanted to stand alongside Muslims as they worshiped.
“I had a dream since I was a child. I wanted to spread the world with love. I wanted to be the one who plants love in people’s hearts,” Aboud told CNN.
Holding a Bible with a cross draped around his neck, he said he didn’t feel out of place.
“I asked my Muslim friends for their permission to pray between them. They were asking me to stand beside them,” he said.
FULL ARTICLE FROM CNN 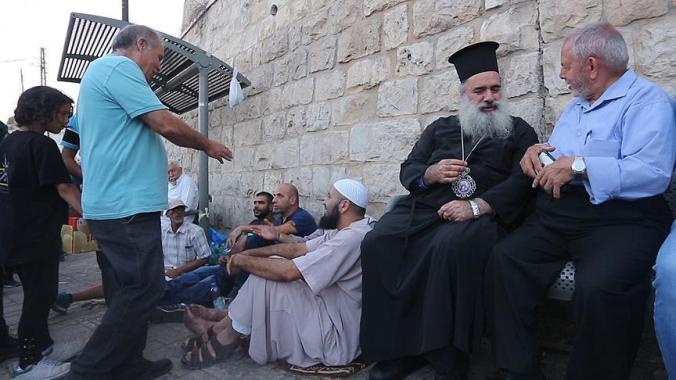 The image of a Palestinian Christian reading from his bible while the crowd of Muslim worshippers he stood among prostrated themselves on the ground, or Christian clergy joining their Muslim counterparts at the head of processions, have been widely shared during the past week of unrest over one of Jerusalem’s most important holy sites.

During more than a week of tension over new Israeli restrictions on access to Al-Aqsa Mosque, Jerusalem’s Greek Orthodox Archbishop Atallah Hanna has been among the most vociferous in his support of unity between Palestinian Christians and Muslims.

“It is our duty as Palestinian Christians and Muslims to remain united against Israel’s greed, which targets all of us,” he told Anadolu Agency as he mingled with the crowds gathered for prayers outside the walls of Islam’s third-holiest mosque.

“As everyone knows the Palestinian people are united against the occupation and racism,” he said.

Palestinian Muslims have refused to enter the mosque because of new metal detectors installed at its entrances following a gun attack that killed two Israeli police officers and three Palestinians.

Israel claimed the measures were a response to the attack but Palestinians see the measures as an attempt to expand Israeli control over the site, which according to historical agreements should remain under Muslim management and reserved for Muslim worship, though non-Muslims can visit. The mosque is also revered by Jews, who call it the Temple Mount. 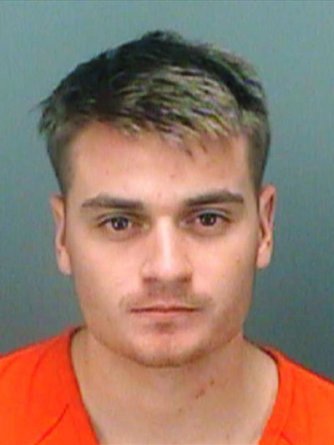 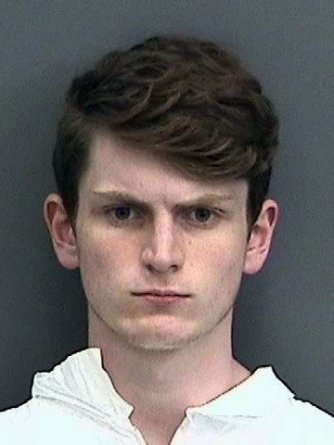 The Hamptons condo and apartment complex in Tampa is quintessential Florida. Lush and modern, the stucco homes are painted in a soft rainbow of pastels. All around are palm trees, Spanish moss and lily pads.

“It is a very quiet place. You have a lot of children that live here. A lot of professionals live here, retirees,” said resident Michael Colon, 66.

But on May 19, that tranquility was shattered in an improbable case that involves four young roommates at the complex.

Two of the men are dead and the other two are in jail.

The story brings together fundamentalist Islam, neo-Nazis, guns and explosive materials — all under the same roof.

And the investigation has morphed to include Tampa police, the FBI, the ATF, the National Guard, as well as state and federal prosecutors.

From one extreme to another

The case began with a hostage drama.

Devon Arthurs, 18, was holding three people at gunpoint in a strip mall across the street from the Hamptons complex, according to police. Arthurs told police he was angry about U.S. military attacks in Muslim countries.

After 15 minutes, Tampa police persuaded Arthurs to surrender. He then led them to the apartment he shared with three other young men.

Arthurs said all four once held neo-Nazi beliefs (though some family members dispute this claim). But here’s the twist: Arthurs said he had converted to Salafi Islam, an ultraconservative form of the religion.

He told police he shot dead two of his roommates inside the apartment because they disrespected his new faith.

And the story kept growing stranger.