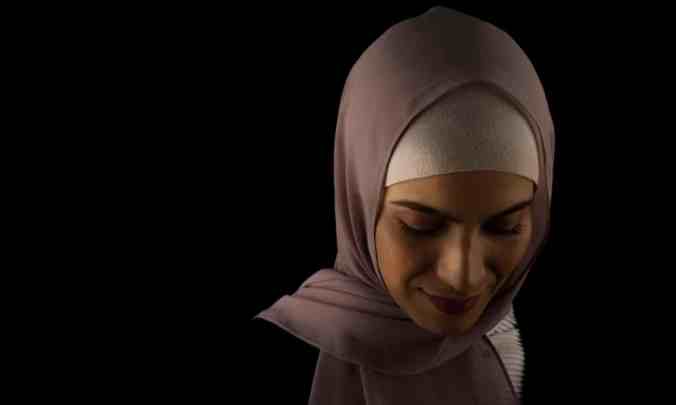 A body on the floor of a place of worship is still a body
The fall, and the thump, and the snap
There is nothing beautiful about the way the blood sprays the sacred walls
The way it hangs itself a tapestry of death and despair
…
And we dig deep
We try to find the beauty in tragedy

The scars of the Christchurch massacre linger. Time has carpeted the pain. Slowly but surely, the shock recedes until all we feel is the echo of the tragedy. One year on after Haji Daoud Nabi walked out of the Al Noor mosque in Christchurch and uttered the words “Welcome, brother” only to be met with bullets in response.

“Al Noor” is an Arabic term which means “the light”. In the Qur’an, the term is used to describe the divine light of God. A light that a man filled with hatred tried to extinguish when he opened fire on dozens of innocent people in their place of worship on their holiest day of the week. 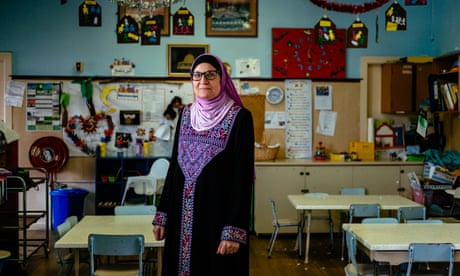 Brutalised but defiant: Christchurch massacre survivors one year on

The hurt that was expressed both on a community and global level wasn’t a pain that was uniquely or selectively Muslim. It was a universal and fundamentally human pain. It was the visceral pain of knowing that innocent people had been murdered. It was the outrage at the media outlets that humanised the terrorist by referring to him as an “angelic boy” and an “ordinary white man”.

At the start of this month, I felt a sense of anxiety. I thought it was just me. In preparing to write this piece, I started reaching out to my Muslim friends to check in with them and ask how they were feeling with the one year anniversary of the tragedy fast approaching. The responses have been similar in many ways – united by a common thread of sadness, fear, frustration, and a deep sense that pain is still felt.

Muslims are experiencing persecution and cultural genocide in China and being wiped out in Yemen; yet the Muslim world is largely silent. Why? Probably because, despite claims to the contrary, there is no single “Islam.”

Before 9/11, the term “Islam” was rarely used in the West. Instead, we spoke of Muslims in their diversity, or we designated Muslims by their culture of origin: Moroccan, Pakistani, Mauritanian, or Bengali. In the early 1950s, when I was growing up in a Paris suburb where half the population came from North Africa, we called these migrants “Arabs” because this is how they described themselves—by their language, ethnicity, and culture, not by their religion. The fact that all Muslims are now grouped together under a single term is, in fact, Osama bin Laden’s greatest victory. It is he who convinced Westerners—but not Muslims—that he was making war on the Christian and Zionist West in the name of Islam and that all his fighters and associates should be considered Islamists.

Al-Qaida’s accomplices and successors insist on the unity of Islam and have tried to create, as in the time of Muhammad and his followers, a caliphate that commands the temporal and spiritual allegiance of all adherents. So far, they have failed. As the Algerian sociologist Mohammed Arkoun explains, a unitary Islam does not exist; there are only Muslims. Each individual Muslim enters into direct relation with God by the intermediary of the Koran. Islam, says Arkoun, is thus what Muslims make of it.

Naturally, every Muslim practices his or her religion within the cultural context in which he or she lives. This explains the striking diversity of Islam observed when one travels in Muslim countries—say, from Morocco to Indonesia. Some venerate local saints, while others do not; some are organized into a community around a religious leader, while others are more individualist. The diversity of the Muslim world goes well beyond the distinction between the two main branches, Sunnis and Shias. This reality largely explains the absence of solidarity among Muslims from one region to another, despite the Koranic imperative that Muslims are supposed to belong to a single community—the Ummah, which is like a body or family. 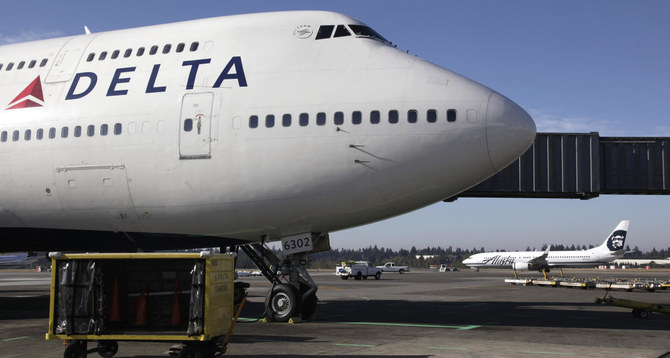 WASHINGTON: Delta Air Lines was Friday fined $50,000 by the US Department of Transportation to settle allegations it discriminated against three Muslim passengers who were ordered off their planes.

In its consent order, the department said it found Delta “engaged in discriminatory conduct” and violated anti-discrimination laws when it removed the three passengers.
In one incident on July 26, 2016, a Muslim couple were removed from Delta Flight 229 at Charles de Gaulle Airport in Paris after a passenger told a flight attendant their behavior made her “very uncomfortable and nervous.”

“Mrs X” was wearing a head scarf and the passenger said “Mr X” had inserted something into his watch.

The captain then spoke with Delta’s corporate security, who said Mr.and Mrs.X were US citizens returning home and there were “no red flags.”

However the captain refused to let them re-board the plane.

The Department of Transportation said the captain had failed to follow Delta’s security protocol and it appeared that “but for Mr.and Mrs.X’s perceived religion, Delta would not have removed or denied them reboarding” of their flight.

Imagine if China had incarcerated upwards of a million Christians. Or India said it would take all refugees except Christian ones. The west would be in a state of frenzy. Since both China and India’s targets are Muslim, their cause is given short shrift. Both US president Donald Trump and UK prime minister Boris Johnson claim to champion oppressed Christians. By downplaying much larger-scale violations against Muslims, they jeopardise what remains of the west’s human rights credibility. Such passivity reinforces the global shift to religious nationalism that began in the Muslim world.

The coming year will test whether these double standards are here to stay. Because Muslims are resented more than other minorities, their plight tests whether liberal democracy means what it claims to mean.

There are two reasons Muslims rank lower on the global totem pole than other groups. The first is politics. Opinion polls across the west — and beyond — show Muslims as the least trusted minority. They are thought to integrate less well and be more supportive of terrorism. People believe the Muslim reproductive rate is higher than other groups. Almost a quarter of the world’s population — roughly 1.8bn people — are Muslim.

The second is how badly most of the Muslim world treats its minorities. Whether it is Coptic Christians in Egypt, Shias in Saudi Arabia, or Sunnis in Iran, Muslim-majority countries are among the worst places in to be a minority. Do not even think of being Jewish in an Arab country. Combine these two stereotypes and you have a world that is largely callous about the fate of Muslims where they are a minority. To put it crudely, popular opinion is telling them to taste their own medicine. The fact that Muslim countries, particularly in the Arab world, have barely raised a whisper against the plight of the Uighurs in China’s Xinjiang, or protested against India’s Hindu nationalist makeover, only underlines the loneliness of Muslim minorities. Even their own look the other way.

People walk by a poster from the right-wing Swiss People’s Party (SVP/UDC) depicting a woman wearing a burqa in front of a Swiss flag upon which are minarets which resemble missiles, at the central station in Geneva, Switzerland.

NEW YORK — Government restrictions on religion have increased markedly in many places around the world, not only in authoritarian countries but also in many democracies, according to a report surveying 198 countries that was released Monday.

The report released by the Pew Research Center, covering developments through 2017, also seeks to document the scope of religion-based harassment and violence. Regarding the world’s two largest religions, it said Christians were harassed in 143 countries and Muslims in 140.

Pew said the Middle East and North Africa, of the five major regions it studied, had the highest level of government restrictions on religion, followed by the Asia-Pacific region. However, it said the biggest increase during the 2007-2017 period was in Europe, where the number of countries placing restrictions on religious dress — including burqas and face veils worn by some Muslim women — rose from five to 20.

Among other measures in 2017, Austria enacted a ban on full-face veils in public spaces and Germany banned face veils for anyone driving a motor vehicle or working in the civil service. In Switzerland, voters in two regions have approved bans on face veils and voters nationwide backed a ban on the construction of new minarets.

Ramadan is one of the five pillars of Islam. Each pillar denotes an obligation of living a good Muslim life. The others include reciting the Muslim profession of faith, daily prayer, giving alms to the poor and making a pilgrimage to Mecca.

Mohammad Hassan Khalil, associate professor of religious studies and director of the Muslim Studies Program at Michigan State University, explains that the Quran states that fasting was prescribed for Muslims so that they could be conscious of God. He writes,

“By abstaining from things that people tend to take for granted (such as water), it is believed, one may be moved to reflect on the purpose of life and grow closer to the creator and sustainer of all existence.”

He also notes that for many Muslims, fasting is a spiritual act that allows them to understand the condition of the poor and thus develop more empathy.

During Ramadan, when breaking fast, Muslims will eat only foods that are permissible under Islamic law. The Arabic word for such foods, writes religion scholar Myriam Renaud, is “halal.”

Renaud explains that Islamic law draws on three religious sources to determine which foods are halal. These include “passages in the Quran, the sayings and customs of the Prophet Muhammad, which were written down by his followers and are called ‘Hadith’ and rulings by recognized religious scholars.”

In the United States, some states such as California, Illinois, Michigan, Minnesota, New Jersey and Texas restrict the use of halal label for foods that meet Islamic religious requirements. Various Muslim organizations also oversee the production and certification of halal products, she writes. 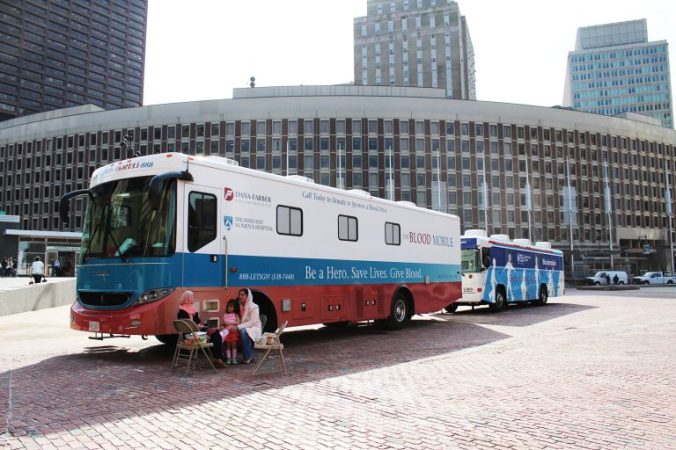 BOSTON (RNS) – Six years after the deadly Boston Marathon bombing, a local mosque continues to host an annual blood drive in honor of those affected by the terror attack.

Monday’s 123rd running of the Boston Marathon marked the sixth anniversary of the attack, which left three people dead and more than 260 injured, as well as the first time the marathon was run on the exact anniversary of the bombing. At 2:49 p.m. — six years to the moment when the first bomb exploded at the finish line – the Boston Athletic Association held a moment of silence, and the bells at nearby Old South Church were rung.

Days after the race, as they have for six years, members of the Baitun Nasir Mosque in suburban Sharon, Massachusetts, collected more than 30 blood donations on Friday at Boston City Hall.

“(Our community) holds this special blood drive every year to honor those affected by the Boston Marathon tragedy, help humanity and to emphasize true Islam’s teaching regarding the sanctity of life,” organizer Nasir Rana said.

“We want to tell the people that the only blood Muslims shed is to help humanity,” he said.