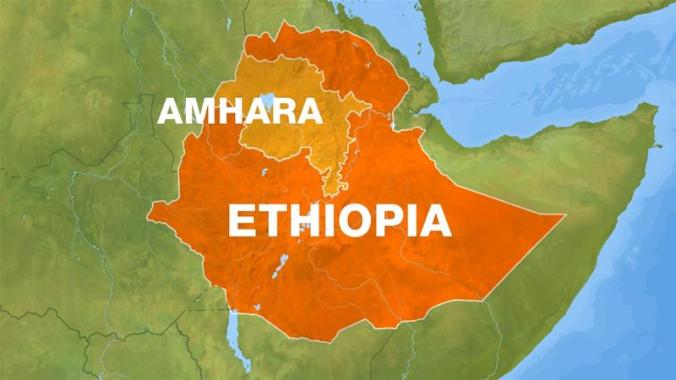 Several thousand Muslims across Ethiopia in recent days have protested against the burning of four mosques in the Amhara region.

The attacks last Friday in Motta town, more than 350km (217 miles) north of the capital Addis Ababa, also targeted Muslim-owned businesses. Muslims have called for the perpetrators to be brought to justice.

Prime Minister Abiy Ahmed has called the attacks “attempts by extremists to break down our rich history of religious tolerance and coexistence”. Recent ethnic-based unrest in some parts of the country has at times taken religious form.

Prominent Muslim scholar Kamil Shemsu on Tuesday told The Associated Press news agency there are “political actors who want to pit one religious group against another” and blamed the negative role of activists and videos circulated online.

Amhara regional officials said they have arrested 15 suspects in connection with the attacks. Police commander Jemal Mekonnen told state media the attacks appeared to be triggered by news of a fire that broke out in an Orthodox church a few days earlier.

Regional officials were criticised for their slow response and their inability to stop similar attacks.

Many communities across Ethiopia, including Addis Ababa, have seen demonstrations.

It’s not everyday that a Christian more so a priest would go out of his way to similar champion and promote Islam knowing too well the fierce competition that bedevils the two religions.

An Ethiopian Orthodox priest is, however, a living proof that Christians and Muslims can cohabit peacefully and even help each other grow without as much as considering their different faiths.

The Orthodox priest known as Abba Aklilemariyam is currently raising funds to build a church and a mosque in a town in the East Hararge area of Oromia region. 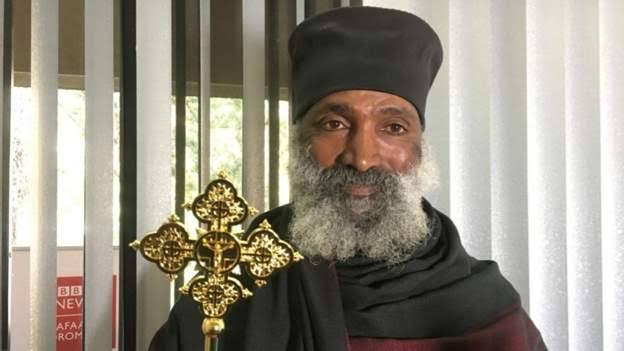 While on a visit to Lange town he noticed the poor state of the town’s church and mosque and the local congregations lack the funds to refurbish them.

Being a pragmatic and proactive servant he decided he needed to do something and fast.

Komos told the BBC Afaan Oromoo that building a church alone and ignoring the poor state of the mosque would “disappoint God”.

“If I only raise funds for the construction of my church while my Muslim brothers’ mosque is in the same situation, I shall disappoint God. Our faith is different, but not our love,” he explained. 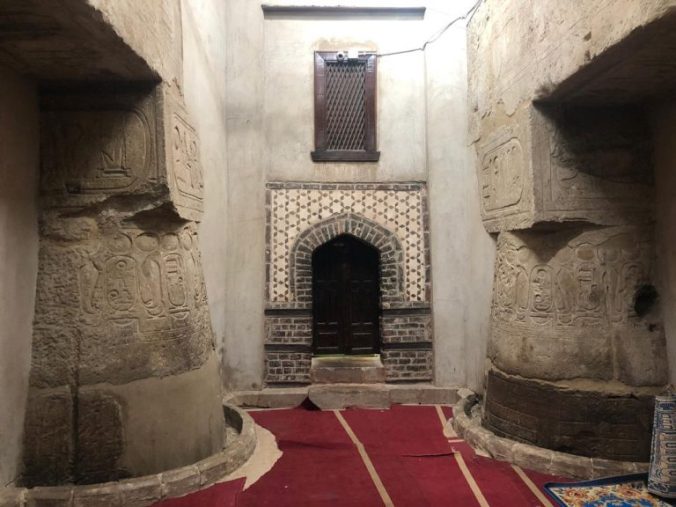 When visiting Luxor, the average traveler is spoiled for choice. However, one attractive and evident site to visit is none other than Luxor temple.

The icon of the Upper Egyptian city, arguably one of Egypt’s oldest towns on which the modern-day Luxor is built on, is the temple.

In truth, the ‘temple’ is the wrong title for the impressive archaeological giant as it comprises of several temples and archeological features built by different pharaohs in the New Kingdom (1550 – 1069 BC).

Two kings essentially build the temple, Ramses II and Amenhotep III (the grand-father of Tutankhamun) with the boy king himself having commissioned features of the Luxor site, including the fourteen colossal columns. There is also a small worshiping space – a chapel dedicated to the goddess Mut – inside the enclosure.

The art style of the temple can be difficult to date for the average tourist, but the New Kingdom influences of the human figures are clear: smooth, slender figures, fluid movement and flowing clothing are some of this period’s typical characteristics, distinguishing itself from the older, more ‘rigid’ form of Egypt’s Old Kingdom. Finally, deep in the shrine and in the back of the temple are the clear markings of the Ptolemaic period, as they are ‘fuller figures with softer facial features and alternative fashion. 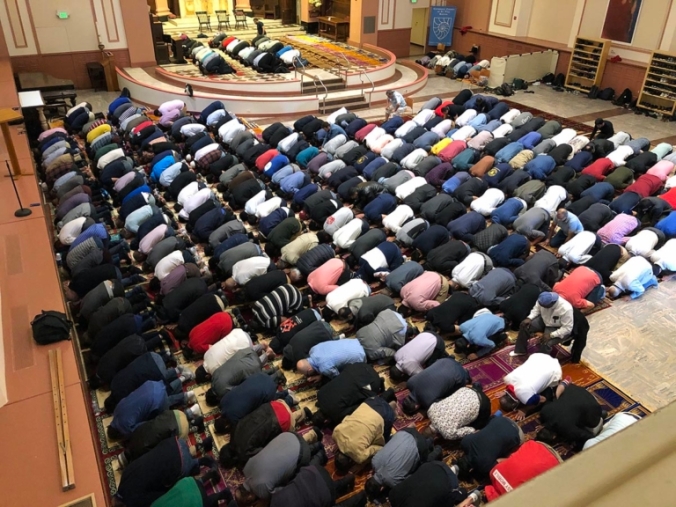 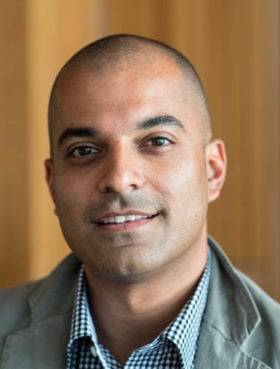 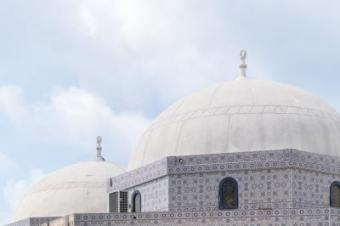 I’ve been asking myself lately what it means to be a good neighbor.

I was raised in a Christian home, went to a Christian church and a Christian school, then eventually enrolled in a Christian university. I learned very well how to love and edify my Christian community. What I didn’t understand was how I was supposed to interact with those who didn’t share my theology and belief system; those who dressed, looked, and spoke differently.

What did it look like for me to love that person and edify and build them up?

I was fortunate to find that Jesus, the “founder and perfecter of our faith” (Heb. 12:2), had much to say on the topic. When a lawyer asked Jesus how to get to heaven, Jesus responded to love God with everything and love your neighbor as you love yourself.

Seeing some gray area in his response, the lawyer asked Jesus to define some terms. “Who is my neighbor?” the cunning lawyer asked. Jesus responded with a story about a man left for dead, who was passed along the road several times before he was saved by…a Samaritan?

Many Jews looked down on Samaritans (John 4:9). They were thought to be in a “perpetual state of uncleanness” (ESV Study Bible). I imagine the shock and horror on the crowd’s face as Jesus asked, “Who do you think the good neighbor was?”

The lawyer could barely muster the words. “The one who showed mercy,” he muttered. “Go and do likewise,” Jesus replied. In other words…go and emulate that guy. 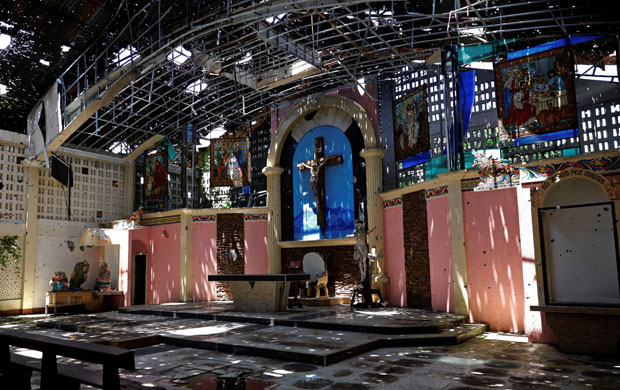 MARAWI, Philippines (CNS) — Christians and Muslims prayed in the ruins of a church and a mosque in the southern Philippine city of Marawi, which was devastated by a five-month siege in 2017.

The prayers July 27 were led by Father Teresito Soganub, parish priest of the Marawi Catholic cathedral, who was held hostage by gunmen during the shooting war, ucanews.com reported.

“I hope that whatever happens, we can continue to journey together for peace in Mindanao,” Father Soganub said, referring to the rebuilding of places of worship in the city.

He said the Catholic cathedral, which was torched and desecrated by extremist gunmen, is a Christian symbol of “interreligious dialogue” with Muslims.

“It hurts me to see the church, where I served for years, in ruins,” a teary-eyed Father Soganub said.

The priest, together with Muslim religious leaders, also visited mosques that were damaged during the conflict. The five-month siege left a trail of death and destruction and displaced thousands of people. 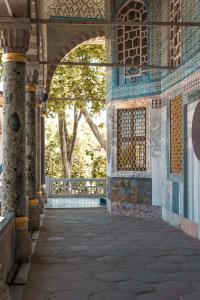 State sponsored mosques are designed to serve a singular purpose; to provide a space for congregational religious services and prayers. In Muslim majority countries, mosques do not operate independently of political authority. The utility of the mosque is then limited, if not profoundly curtailed, within this context.

But in the United States, the mosque is not just a place to pray but also doubles as a community center. American mosques are the nerve center of the Muslim community with year round activities including cultural enrichment, social services, and Islamic education.

In secular societies, where religion is an active choice and not a passive reality, a community center style mosque with a program-driven agenda is not just an ambition but an absolute necessity.

Yet, according to the 2014 report by the Institute for Social Policy and Understanding (ISPU), “There’s a growing narrative within the American Muslim community that paints a picture of alarming exclusion, especially for women, youth, and converts. Some mosque-goers feel increasingly disconnected from the mosque community and some have stopped going to the mosque altogether, because of it.”  In 2019, not much has changed.

Ideally, the spirit with which we approach our spaces of worship should be one that encapsulates the heart of Islam and offers its congregation the kind of inspirational energy that will help them to sustain a metaphysical rather than material view of reality.

But unfortunately, a significant number of young Muslims surveyed will tell you that their mosques are so lacking in spiritual ambiance that to keep the faith, they sometimes feel like they have to keep their distance. They are routinely disheartened and disenchanted and therefore disengaged.