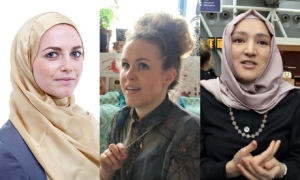 For many feminists the hijab is a glaring symbol of male oppression and the patriarchal power of religion. But now there is a small but growing number of Muslim women looking to take their places in Britain’s rapidly expanding women’s movement.

A new project to connect Islam to feminism has been launched to tackle long-standing concerns that religious Muslim women are excluded from the women’s rights debate.

In what is a deeply controversial area for many in Islamic communities and for many mainstream feminists, the linkup between a Muslim charity and the project is seen as a pioneering step to bring women from different cultural backgrounds together in the battle for sexual equality.

The social enterprise Maslaha, established by the Young Foundation to work on improving social conditions in Muslim and minority communities, said the programme had attracted a huge response in the past few days.

“An awful lot of Muslim women have felt excluded from the debate about women’s rights and this project really focuses on bringing ordinary women into a debate about Islamic feminism that has so far only really been heard in academic circles,” said Latifa Akay of Maslaha.

She said the online resource islamandfeminism.org was bringing out some extraordinary responses from British Muslims who reported feeling previously isolated.

“This is really taking off. Islamic feminism is not a new thing, which will probably surprise most people, but Muslim women have the same core concerns as white, secular, British women: the workplace, discrimination, childcare. 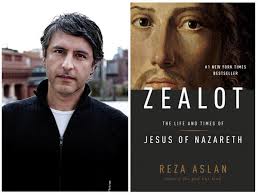 It was in America where Reza Aslan – who will be discussing his book Zealot: The Life and Times of Jesus of Nazareth at Writers at York on Wednesday – really reached the public consciousness.

YouTube will preserve forever the total incomprehension of Fox News presenter Lauren Green as to why Aslan, an internationally acclaimed writer and scholar of religions, who also happens to be an Iranian-American Muslim, would have any possible interest in Christianity.

Thousands of miles away in Bradford, the narrow-minded, macro world view embodied by Fox struck me immediately, as I had already seen it being enacted at a micro level in the playground of my daughter’s school in Bradford.

For the last few years since joining the school, where the children are in main from a Pakistani Muslim background, my daughter has on a number of occasions either been told that she’s not a Muslim, or been asked if she is half Christian.

The comments and questions stem from her love of singing Christmas carols. The confusion for some of her classmates has obviously arisen from the fact that although she looks like them, her penchant for Christmas carols and enthusiastic handing out of Christmas presents mean that in some ways she doesn’t behave like them. The obvious explanation that has occurred to these children is that either she is not a Muslim full stop, or that she must have one parent who is Christian – hence the enthusiasm for Christmas. This is a playground version of the same dynamic being played out on the Fox News interview; the failure to understand why someone who identifies themselves as being a Muslim would want to have anything to do with Jesus. 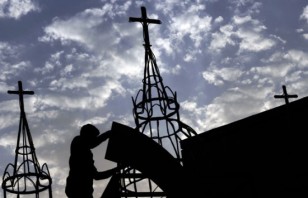 King Isa Al Khalifah of Bahrain has given land to the Catholic Church to construct a 2,500-seat church in the Middle Eastern island nation, to be called Our Lady of Arabia. Bishop Camillo Ballin, the apostolic vicar of the northern Arabian Peninsula, traveled to the United States this month to raise a portion of the $30 million needed for the construction of the Church.

Bishop Ballin spoke with Register correspondent Christopher Crawford on March 14 in Washington, D.C., about the challenges facing the Church in the Muslim-dominated region.

Please start by telling our readers about the history of the Church in northern Arabia.

Many people have started to come from India, Asia, the Philippines, Pakistan, Bangladesh and other countries. They started to come for work and to have a better life. So now the Catholic community is by very far the [largest religious] community. We are in good relations with the Protestants, with the Anglicans. There are not even conflicts between us and the Muslims. Certain tensions are among the Muslims themselves; not between the Muslims and the Christians.

(Reuters) – The Roman Catholic Church, Church of England and al-Azhar, the Cairo-based seat of Sunni Muslim learning, came together on Monday for a rare display of interfaith action among them in calling for an end to modern slavery within 20 years.

Their joint statement setting up the “Global Freedom Network” they declared that “physical, economic and sexual exploitation of men, women and children” trapped 30 million people worldwide in slavery.

As well as establishing a world day of prayer for victims of slavery, the faiths agreed to “slavery-proof their supply chains and investments and to take remedial action if necessary” and press governments and companies to do the same.

Relations between the Vatican and the Church of England are cordial, even though they differ over women bishops and gay issues, while Rome’s ties to al-Azhar are thawing after three years of frosty separation.

Bishop Marcelo Sanchez Sorondo, who signed the document for the Vatican, said Pope Francis had described human trafficking and modern-day slavery, raging from forced sex work to indentured agricultural labor, as a “crime against humanity”. 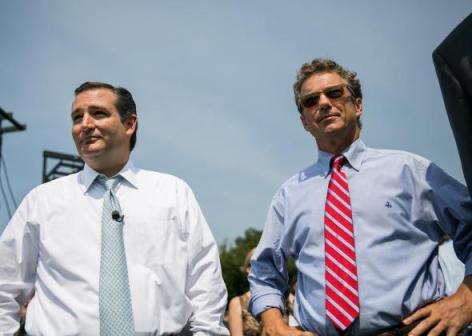 Yesterday I wrote about the danger of demonizing Muslims. I cited remarks fromseveral Republican politicians who argued a couple of years ago that no mosqueshould be allowed near the site of the 9/11 attack in New York.

Today I looked at a speech given last night in California by Gov. Bobby Jindal, R-La. Jindal’s speech, which asserted a religious right to practice anti-gay policies in private business activity,echoed the argument made 14 years ago by Bob Jones University in defense of its policy against interracial dating. The resemblance is uncanny. You can read the whole article here.

But Jindal’s speech raised another problematic theme as well: the idea of a war between Islam and Christianity. Here’s what he said:

In nation after nation, Christians are being slaughtered by radical Islamists for their beliefs. … Dietrich Bonhoeffer wrote that “The cross is laid on every Christian. It begins with the call to abandon the attachments of this world. … When Christ calls a man, He bids him come and die.” And today, around the world, many Christians are living out that calling. That is a shooting war over religion, not a silent one.

Today I want to tell you about a war the mainstream media is ignoring. From Boston to Zanzibar, there is a worldwide war on Christianity. …

Ever since 9/11, commentators have tried to avoid pointing fingers at Islam. While it is fair to point out that most Muslims are not committed to violence against Christians, this is not the whole truth and we should not let political correctness stand in the way of the truth. …

We send billions of dollars a year to Pakistan and Egypt. We helped put new Islamic regimes in place in Afghanistan and Iraq. President Obama now sends arms to Islamic Rebels in Syria. In Egypt the mob attacked our embassy and burned our flag. I don’t know about you, but I’ve had enough.

Cairo’s best-known exorcist may be Christian, but his weekly exorcisms provide an unusual space for interfaith cooperation

The demon that had possessed the elderly Muslim woman was so strong that even an Imam couldn’t get rid of it. So her family opted for a priest. “My mother is possessed by a jinn,” the woman’s daughter said, by way of explaining why she and her Muslim family had decided to attend a recent Thursday night mass last month at Cairo’s St. Sama’an Cathedral. Her mother, who was slumped over a nearby bench, gave no indication of hearing anything. In a few hours she would be yipping and howling along with dozens of other women similarly possessed, but for the moment she just stared into the middle distance and muttered softly to herself.
FULL ARTICLE FROM TIME MAGAZINE

He was speaking at the Interfaith Consultative Conference by the Peace and Harmony Network.

Addressing the participants, Shaw said he was happy to see representatives from various religions on one table.

He said everyone should teach their children not to hate or discriminate against people on the basis of their religion, caste or colour.

He said after the blast at a church in Peshawar, Muslim neighbours had covered bodies of burning Christians with their own shawls.

This tendency should be harnessed into better education on interfaith harmony,” he said.

Chairman Interfaith Harmony Committee Tariq Gill said by protecting others, Pakistanis would ensure protection of their own society. 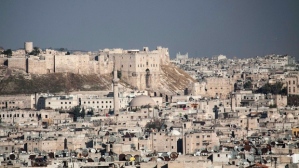 The United Nations warned Wednesday that ancient Christian and Muslim sites in Syria are under attack and demanded an immediate halt to the destruction of the country’s cultural heritage.

“Human representations in art are being destroyed by extremist groups intent on eradicating unique testimonies of Syria’s rich cultural diversity,” the officials said. “Archaeological sites are being systematically looted and the illicit trafficking of cultural objects has reached unprecedented levels.”

The officials condemned the use of cultural sites for military purposes and called on all parties in the three-year conflict to uphold international obligations to protect cultural property.

Six sites in Syria have been designated as World Heritage sites by UNESCO, the UN’s cultural and educational agency, and the officials said some have suffered “considerable and sometimes irreversible damage.”

Many people worry about the possible encroachment of Sharia—Islamic law—into the American legal system. Oklahoma voters banned the use of Sharia and other religious law, though the Tenth Circuit struck down the ban precisely because it singled out Sharia by name.1 Other state legislatures have considered similar bans.2

But in many of the instances that critics see as improper “creeping Sharia,”3 it is longstanding American law that calls for recognizing or implementing an individual’s religious principles, including Islamic principles. American law provides for freedom of contract and disposition of property at death. Muslims (like Christians, Jews, and the irreligious) can therefore write contracts and wills to implement their understanding of their religious obligations. American law provides for arbitration with parties’ consent.4 Muslims can use this to route their disputes to Muslim tribunals,  just like Christians, Jews, and the irreligious often route their disputes to private arbitrators of their choice.

We’re constantly bombarded by implicit and explicit images of the relationship that Jews and Muslims supposedly have in today’s world.  We are bombarded with the cliched reminder that we “used to get along” but recently have become enemies. We’ve almost become used to it, accepted it as some sort of reality. And, ironically, all these “interfaith” events can often cause us to feel even more disconnected.  They just don’t seem as genuine as a true connection.  It would seem the only people you would need to show such “unity” with is people you don’t get along with. Which is why we need to look deeper.  We need to look wider.  We need to see that “unity” doesn’t mean press.  It doesn’t mean “shows of support”.  It means genuine connection and giving. And the truth is that the world is scattered with that.  The truth is that the press likes to say just one side of the story, likes to focus on conflict.  But there is unity.  There is connection.

All we need to do is look.

SEE THE PICS AND COMMENTARY HERE