Although the site is remote, it has plenty of symbolism: Beginning this Sunday, Jewish and Muslim religious leaders from some 15 countries will meet in the southern Italian city of Matera, one of Europe’s 2019 cultural capitals, to take part in the Jewish European Islamic Summit. The leaders are laying the groundwork that will allow them to speak out together more strongly on the issues affecting them.

“I think the project, in this particular arrangement, is rather unique. It is a tender blossom that must be nurtured and that deserves further support,” Tarafa Baghajati tells DW. Baghajati, a civil engineer from Vienna, is one of Austria’s more prominent imams. Together with others, the 58-year-old founded the Initiative of Austrian Muslims (IMÖ) in 1999. He was also involved in the creation of Platform Christians and Muslims, founded in 2006. He will be taking part in the summit in Matera. 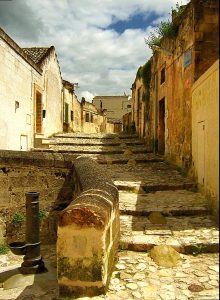 Into the future, side by side

The project is indeed unique. In Europe, generally, Jewish and Muslim leaders often only appear together at public events hosted by politicians, at three-way dialogues between Christians, Jews and Muslims, or at interfaith conferences.

But three years ago, another group was founded: the Muslim Jewish Leadership Council (MJLC). It was established when a total of 14 European Jewish and Muslim leaders met in Vienna at the King Abdullah bin Abdulaziz International Centre for Interreligious and Intercultural Dialogue, known as KAICIID.

At first, the MJLC was a small group. Notably, Rabbi Pinchas Goldschmidt, the president of the Conference of European Rabbis (CER), was a member from the start. Over the course of several meetings, mutual trust grew and a true exchange began. The MJLC organized the conference in Matera.

FULL ARTICLE FROM THE WIRE (IN)

Hit show Homeland is about to end, after many years casting Islam as the enemy. But in its place has come a wave of thrillers portraying Muslims as heroes, writes Mohammad Zaheer.

One of Hollywood’s many ugly truths is that, for all its claims to be a progressive industry, it has relied heavily on racial and ethnic stereotypes, catering to and shaping the prejudices that are prevalent amongst its audience. This is especially true when it comes to who it chooses as its villains.

Even though the Cold War ended decades ago, Russians have remained a favoured variety of bad guy, and Germans have also had a rough ride thanks to the countless number of Nazi evildoers who have appeared on screen since World War Two.

But since the turn of the millennium, the demographic who has undoubtedly been the greatest single target for demonisation are Muslim-Arabs. Even before the events of 9/11, they found themselves portrayed variously as sleazy oil rich sex pests, exotic subservient women, misogynists and/or militant terrorists. But the tragedy of September 11 2001 and the subsequent war on terror only exacerbated their negative typecasting.

FULL ARTICLE FROM THE BBC NEWS

They rarely get mentioned during Remembrance Day and Armistice Day tributes, but hundreds of thousands of Muslim soldiers fought for the Allied cause during the First World War — around 885,000, according to the British Royal Legion.

Some 400,000 of them hailed from the British Indian Army, whose 1.5 million troops comprised the largest volunteer force in history.

Now, a century after Muslim soldiers from South Asia, North Africa and elsewhere went to war for their colonial masters, a U.K.-based campaign is working to shed light on their oft-overlooked sacrifices.

The idea is to give overdue appreciation for the Muslim contribution to the war effort and use the stories of Muslim soldiers to counter Islamophobic and anti-immigrant narratives in Europe and North America.

Across Western Europe, people who say they personally know a Muslim are generally more likely than others to have positive opinions of Muslims and their religion, according to a recent Pew Research Center study in 15 countries. However, knowing something about Islam – as opposed to personally knowing a Muslim – is less associated with these positive feelings.

This pattern is evident across several different questions the Center asked of non-Muslim Europeans to gauge attitudes toward Muslims, including whether they think Islam is compatible with their country’s culture and values and whether they would be willing to accept a Muslim as a member of their family.

While politicians present it as alien, a new exhibition in Florence reveals historic exchange and dialogue with the east

The Adoration of the Magi is an early 15th-century altarpiece painting by the Italian painter Gentile da Fabriano. Housed in the Uffizi gallery in Florence, it is considered by many art historians as Fabriano’s finest work and as the culmination of the International Gothic style of the late 14th and early 15th centuries.

Look closely at figures of the Virgin Mary and Joseph, and you will notice something odd. Their halos feature Arabic script. That might seem sacrilege in a Christian religious painting. Yet as a new exhibition in Florence, at the Uffizi and the Museo Nazionale del Bargello, sets out to show, such cultural and religious cross-dressing was common at the time. Entitled “Islamic Art and Florence from the Medici to the 20th Century”, the show explores “the knowledge, exchange, dialogue and mutual influence that existed between the arts of east and west”.

Embodied in the Renaissance view is certainly a sense of Islam as the other. But it is intertwined with curiosity, respect, even awe. There is a willingness, too, to reach beyond the otherness of Islam and to see the Muslim world not as demonic or exotic but as a variant of the European experience.

FULL ARTICLE FROM THE GUARDIAN

Most Christians in Western Europe today are non-practicing, but Christian identity still remains a meaningful religious, social and cultural marker, according to a new Pew Research Center survey of 15 countries in Western Europe. In addition to religious beliefs and practices, the survey explores respondents’ views on immigration, national identity and pluralism, and how religion is intertwined with attitudes on these issues.

Here are 10 key findings from the new survey:

Secularization is widespread in Western Europe, but most people in the region still identify as Christian.Rising shares of adults in Western Europe describe themselves as religiously unaffiliated, and about half or more in several countries say they are neither religious nor spiritual. Still, when asked, “What is your present religion, if any?” and given a list of options, most people identify as Christian, including 71% in Germany and 64% in France.

4 Majorities in most countries across the region say they would be willing to accept Muslims in their families and in their neighborhoods. Still, undercurrents of discomfort with multiculturalism are evident in Western European societies. People hold mixed views on whether Islam is compatible with their national values and culture, and most favor at least some restrictions on the religious clothing worn by Muslim women. In addition, roughly half or more in most countries in the region say it is important to have been born and have ancestry in a country to truly share its national identity. For example, roughly half of Finnish adults say it is important to be born in Finland (51%) and to have Finnish family background (51%) to be truly Finnish.

There is a widespread belief, especially among right-wing politicians in Europe, that Islam is incompatible with Western civilization and has contributed nothing to it. The Dutch politician Geert Wilders captured this perception when he described Islam as a ‘culture of backwardness, of retardedness, of barbarism.’ It is worth our while therefore to investigate whether this assertion is, in fact, correct. If it is not, the basis of the Islamophobia of Islam’s critics like Wilders collapses like a house of cards. They will then have to use some other arguments against Islam or their racial prejudices will stand exposed; they will be naked without benefit of a niqab to cover their modesty.

The impact of Muslims on European culture is deep and extensive. I will use material from my book Journey into Europe to illustrate the assertion over the next few weeks. Perhaps Islam’s greatest contribution was to introduce the idea of a unified understanding of our spiritual universe, which was reflected in the art, architecture, literature, and society in Andalusia based in religious pluralism and acceptance, one that valued learning and the ilm ethos. It is this society that produced an Ibn Firnas, who attempted flight, and religious philosophers like Maimonides and Averroes, who sought to balance reason and faith. Andalusian society, in turn, sowed the seeds for what would become the European Renaissance, which would lead to the Enlightenment and go on to shape our modern world.

FULL ARTICLE FROM THE DAILY TIMES