“A man was traveling from Washington DC to Manassas in the predawn hours Friday morning. At a stoplight, a gang broke his window and dragged him from his car. They stripped him naked, beat him to a pulp, took his wallet, his laptop, his iPhone and his car, leaving him on the sidewalk half dead.

A Catholic priest drove by minutes later and stopped at the light. He saw the man bleeding on the concrete and trying unsuccessfully to stand, but it was a seedy part of town, so he continued on his way.

Then a Protestant minister drove up and stopped at the light, but he too sped off as soon as the light turned green. But a Muslim, driving that same road, stopped at the light and saw the man. His heart was moved with pity, so he covered the man’s nakedness with a raincoat, helped him get in the car, and drove him to the nearest clinic.

When they arrived, the man had passed out, perhaps from loss of blood. The clinic did not want to take this unconscious naked man with no ID or proof of insurance, but the Muslim insisted, giving them his credit card and promising he would pay whatever it cost.”

When he finishes telling this parable, Jesus asks the Christian* ministers, “Which of these three do you think was a neighbor to the man who was beaten and robbed?”

FULL ARTICLE FROM THE WASHINGTON TIMES

Something I wrote last week about Islam caused a bit of a stir, with one conservative blogger wondering if I had been threatened with beheading.The great Mark Steyn even wrote: “I’m sad to see the usually perceptive Ed West of the London Telegraph planting his flag on this wobbling blancmange.” Considering I am Mark Steyn’s biggest fan in the whole wide world, complete with a wall covered with pictures of him and a tattoo of his face on my chest, that’s left with me some mixed feelings.

And yet I still believe that Islam has become something of a scapegoat for the problems associated with mass immigration, and here’s why.

Conservatism is all about protecting the community from radical change; that is why conservatives tend to oppose large-scale immigration, which alters the social fabric in a huge way.

Yet from the 1960s to the 1990s, both in Britain and the US, conservatives lost this argument, despite overwhelming public support. They lost because they lost the intellectual justification for group solidarity or “parochial altruism” against post-war radical universalism, to the extent that normal human feelings were redefined as forms of mental illness. Defeat. Until Islam came along, allowing conservatives to make arguments using language that liberals would permit.

FULL ARTICLE FROM THE LONDON TELEGRAPH 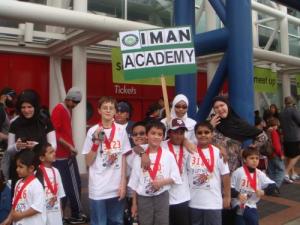 I was an athlete all through school. I played soccer and basketball for all four years of high school and all four years of college. We played a lot of parochial schools in our league. They would pray before games and again afterwards. We also played Orthodox Jewish schools and had to plan our games around Jewish holidays. I don’t ever remember there being any conflict about the fact that we were playing religiously oriented teams so I was rather surprised to read about the recent controversy in Texas.

Iman Academy, an Islamic school in Texas with 500 students, was hoping to join the Texas Association of Private and Parochial Schools (TAPPS), an organization that manages competition among hundreds of schools in the state. Perhaps I shouldn’t be surprised that a traditionally Christian organization was less than thrilled at Iman Academy’s interest in membership. But I can’t see how athletic association between schools has anything whatsoever to do with religion.

TAPPS has a history of religious intolerance. Recently the school refused to reschedule a game against an Orthodox Jewish team. The game fell on the Sabbath. Negative publicity and legal pressure shamed TAPPS into acquiescing but their stance on non-Christian religious observance is clear: non-Christian holidays simply aren’t as important as Christian holidays and don’t need to be respected.

FULL ARTICLE FROM MY FELLOWAMERICAN  BLOG

(Reuters) – Christian bishops in Germany, Austria and Russia have sharply criticised Saudi Arabia’s top religious official after reports that he issued a fatwa saying all churches on the Arabian Peninsula should be destroyed.

In separate statements on Friday, the Roman Catholic bishops in Germany and Austria slammed the ruling by Grand Mufti Sheikh Abdulaziz Al al-Shaikh as an unacceptable denial of human rights to millions of foreign workers in the Gulf region.

Archbishop Mark of Yegoryevsk, head of the Russian Orthodox department for churches abroad, called the fatwa “alarming” in a statement on Tuesday. Such blunt criticism from mainstream Christian leaders of their Muslim counterparts is very rare.

Christian websites have reported Sheikh Abdulaziz, one of the most influential religious leaders in the Muslim world, issued the fatwa last week in response to a Kuwaiti lawmaker who asked if Kuwait could ban church construction in Kuwait.

Citing Arab-language media reports, they say the sheikh ruled that further church building should be banned and existing Christian houses of worship should be destroyed.

Pope Shenouda, who died on March 17, led the Coptic Orthodox church for four decades. He acted as the main political advocate for the nation’s Christians, who make up about a tenth of Egypt’s 80 million people, while Hosni Mubarak was in charge.

Since Mubarak’s ousting last year, Christians have become increasingly worried after an upsurge in attacks on churches, which they blame on hardline Islamists, although experts say more local disputes are often also behind them.

Shenouda’s death, aged 88, has added to those anxieties and left Christians wondering how to make their voices heard when the Muslim Brotherhood and other Islamists have swept seats in parliament and are likely to have control over writing a new constitution.

The pope’s post, temporarily filled by Biship Bakhomious, however, will not be filled swiftly.

BEIRUT: A gathering of Lebanese Christian and Muslim religious leaders at Bkirki called for the bolstering of national unity and expressed sorrow over the political divisions in the country.

“The gatherers discussed the situation in Lebanon and stressed the need to bolster national unity, which is based on coexistence between Muslims and Christians, to protect from the effects of the events in the region on Lebanon,” a statement following the meeting at Bkirki said.

“We reject discrimination and strife, and stress the main Lebanese decision to remain together in an entity that is their final homeland, independent and united,” the statement added.

FULL ARTICLE FROM THE DAILY STAR

More than 200 people from the Presbytery and other Christian denominations, the Multi-faith Peace and Justice Alliance, several Muslim mosques, and Jewish temples from the area participated.

There were presentations on “What is Neighborliness and Being a Good Neighbor” by Imam Mohammad Qatanani, Islamic Center of Passaic County, Guillermo Lopez-Acosta, commissioned lay pastor atRidgefield Park Presbyterian Church and WhartonUnited Community Church, and Rabbi Adler.

The crowd attended the dinner in the Fellowship Hall, broke bread together and chatted. The menu included 15 types of soup, bread, salad and main dishes to accommodate all three faiths.

The purpose of the dinner was to give participants the opportunity to network and develop relationships showing that their faiths encouraged loving one another.

Pope Shenouda III has passed away, having led the largest Christian denomination in the Arab world for four decades. He deservedly received widespread tributes from across Egypt, with the exception of the unexpected conduct of some MPs affiliated to the Salafist al-Nour party who chose not to attend a People’s Assembly session, in order to avoid participating in a minute’s silence for the deceased, whilst another group refused to stand for the minute’s silence, instead remaining in their seats, prompting widespread arguments among Egyptians and others. These acts, and the controversy that accompanied them, reflect a major problem that Egypt, and even the region, will face in the days to come. This is a problem concerning the status of Christians in the Arab world and the underlying concerns with the rise to power of political Islamist movements in a belt extending from Morocco, Tunisia, Libya and Sudan to Egypt. This area has the greatest population density in the Arab world, and could extend towards the Levant. There are those who believe that a change is inevitably coming in Syria and the Islamists will come to power there, with reference to the presence of Hamas in power in Gaza, the activity of the Muslim Brotherhood in Jordan, and the Islah bloc in Yemen. 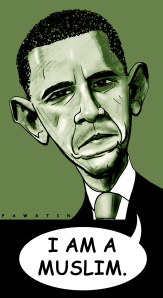 There is not a shred of truth to the rumor that President Obama is not really an American citizen, or that he’s secretly a Muslim.  And yet the stories won’t die, because people keep repeating them and unscrupulous politicians are happy to capitalize on them.

Those who want to fan the flames sometimes try the grudging acceptance trick. It goes like this: “Well, if Mr. Obama says he’s a Christian, then I have to take him at his word.” Rick Santorum pulled that one last month. After questioning Mr. Obama’s Christianity, he said: “I wasn’t suggesting the President’s not a Christian. I accept the fact that the president’s a Christian.” How very generous of him.

And yet, I was a bit surprised to see a PPP poll showing that 45 percent of Alabama Republicans think Mr. Obama is a Muslim, and only 14 percent know that he’s actually a Christian. In Mississippi, the same poll showed that a majority of Republicans, 52 percent, believe the Muslim lie.

While there’s no question that far too many people buy into this propaganda, I’m not ready to condemn a majority of Mississippians based on this survey. PPP is a partisan organization that conducts automated surveys. That means it’s not clear who answered the questions and whether the sample is statistically representative.

Current law prohibits automated dialers from calling cellphones. So PPP is likely missing a big chunk of the population. (The latest research shows that about 25 percent to 31 percent of people now use cellphones exclusively.)

My point is that not all survey organizations are created equal, and it’s worth keeping that in mind when you come across polling data in news articles. 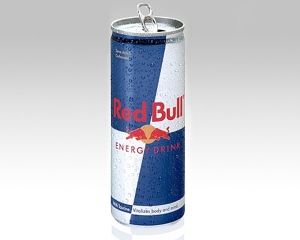 JOHANNESBURG — Energy-drink maker Red Bull said Wednesday it has dropped an advertisement in South Africa after an outcry from both Christians and Muslims for its portrayal of Jesus Christ walking on water.South Africa’s Roman Catholic bishops urged Christians not to drink Red Bull in traditional fasting for Lent ahead of Easter celebrations next month, stopping short of calling for a full commercial boycott.The television cartoon implies Jesus walked on water because he had been invigorated by a miraculous energy drink and knew where there were hidden rocks to tread on.
South Africa’s Muslim Judicial Council on Wednesday warned of consequences of “secular extremism” against any religious faith.It said any “insult and satire” of Jesus targeted “the very foundation of Islamic theology.”

Christ is a revered prophet in Islam.