FAYETTEVILLE, Ark. (AP) — A high school art project helped students gain a new perspective by connecting them with people of the Islamic faith.

Fayetteville High School students in Ashley Grisso’s advanced placement world history classes worked in groups of two or three. They interviewed Muslims in the community, then told their stories through art.

The students’ work was on display recently at the University of Arkansas‘ Kittrell Art Gallery. Each piece of the “Putting a Face on Islam” exhibit was accompanied by a one-page artist statement about the work. Students and their subjects gathered one evening for a reception at the gallery.

“It’s really great to be able to understand a person from a different culture, because you might see stuff on the news and read about stuff, but there’s like, a person right there,” Peter Herman, a Fayetteville High School junior, said to the Northwest Arkansas Democrat-Gazette.

Herman worked with classmates Robert Benafield and Grady Cape. They interviewed a man identified in the statement as only Amel. He was born and raised in the Comoro Islands, off the east coast of Africa. Amel is pursuing a master’s degree in public health at the university.

The boys’ piece of art is a collage on paper, divided in halves. The left half, with a purple background, depicts some of the negativity Muslims feel from America. A quote from Amel — “I was so scared to show my religion to America” — is at the center of that half.

The other half, with a white background, was meant to showcase Amel’s jolly personality. It includes a picture of him with a broad smile standing on the university campus.

The high school students met their subjects during an event arranged by Cynthia Smith, assistant director of outreach programs in the university’s department of International Students and Scholars.

While politicians present it as alien, a new exhibition in Florence reveals historic exchange and dialogue with the east

The Adoration of the Magi is an early 15th-century altarpiece painting by the Italian painter Gentile da Fabriano. Housed in the Uffizi gallery in Florence, it is considered by many art historians as Fabriano’s finest work and as the culmination of the International Gothic style of the late 14th and early 15th centuries.

Look closely at figures of the Virgin Mary and Joseph, and you will notice something odd. Their halos feature Arabic script. That might seem sacrilege in a Christian religious painting. Yet as a new exhibition in Florence, at the Uffizi and the Museo Nazionale del Bargello, sets out to show, such cultural and religious cross-dressing was common at the time. Entitled “Islamic Art and Florence from the Medici to the 20th Century”, the show explores “the knowledge, exchange, dialogue and mutual influence that existed between the arts of east and west”.

Embodied in the Renaissance view is certainly a sense of Islam as the other. But it is intertwined with curiosity, respect, even awe. There is a willingness, too, to reach beyond the otherness of Islam and to see the Muslim world not as demonic or exotic but as a variant of the European experience.

FULL ARTICLE FROM THE GUARDIAN

An interview with an American imam

Background: He was born and raised in Ghana’s capital city, Accra. He graduated from the Say Islamic University in Niger and came to the United States in 1998 to study at the Graduate School of Islamic and Social Sciences in Leesburg, Va., where he received a master’s degree Islamic law with a concentration in marital affairs in a joint program with Howard University. He is the imam of the Islamic Center of the Capital District in Colonie and a chaplain at Washington County Correctional Facility in Comstock. He and his wife, Khadijah, live in Clifton Park and are the parents of daughters Ubaidat, a University at Albany graduate now studying for the MCAT medical school entrance exam; Hawwa, a junior at UAlbany; Rahimat, a Shenendehowa High School senior who will attend UAlbany in the fall; and Summayyat, 14; and son Rayyan, 12, who are middle school students in Clifton Park.

How did growing up in Ghana shape your world view?

My parents were practicing Muslims, and so was I, but in our part of the world, we lived side by side with Christian people and others. They were my friends and neighbors. I went to the Christian Mission Grammar School while, simultaneously, taking classes at a traditional Islamic School. I learned the importance of balancing Islamic theology and other sciences and disciplines. That foundation aided me in my transition from West Africa to the United States both on an intellectual/Islamic level and in understanding the new culture.
FULL ARTICLE FROM TIMES UNION

It’s a common question that arises when discussing religion, politics and world crises, particularly apparent terrorist attacks of the type that played out in New York City on Tuesday.

Islam in particular is branded as a violent faith, but others argue Christianity deserves the same assessment.

But behind the question is a whole host of problems, and so it isn’t surprising some scholars suggest that classifying any religion as violent is problematic and unreliable.

As a scholar of religion, I also question whether calling oneself “religious” really says anything meaningful about one’s identity. Given the diversity of religious groups, the term “religion” is not only extremely general, but it has a long history.

Learning about the origins of the word can help us understand better the myriad social groups that come together around shared histories, texts, traditions and experiences.

According to the scholarly work of theologian Daniel Boyarin and historian Carlin Barton, in ancient Rome the term “religion” was not at all separate from everyday experiences such as “eating, sleeping, defecating, having sexual intercourse, making revolts and wars, cursing, blessing, exalting, degrading, judging, punishing, buying, selling, raiding, revolting, building bridges, collecting rents and taxes.”

Religion alone does not explain violence

Today, the term “religion” gets separated from political, social, economic and cultural life. And so if we’re pondering whether religion is inherently violent, then we’re probably interested in why an individual or group acts violently. So is religion really something we can compartmentalize and blame for the violent actions of individuals or groups?

Not at all, argues William Cavanaugh in his 2009 book The Myth of Religious Violence. While society often makes clear distinctions between religion and secularity, Cavanaugh argues religion is a poor category to use when trying to understand why individuals or groups act violently.

Various Western intellectuals, ranging from Thomas Friedman to Ayaan Hirsi Ali, have argued over the past decades that Muslims need their own Martin Luther to save themselves from intolerance and dogmatism. The Protestant Reformation that Luther triggered exactly 500 years ago, these intellectuals suggest, can serve as a model for a potential Muslim Reformation. But is there such a connection between the Reformation in Christendom and the “reform” that is arguably needed in Islam?

To start with, it’s worth recalling that Islam, in the form of the Ottoman Empire, helped Protestantism succeed and survive. In the 16th century, much of Europe was dominated by the Holy Roman Empire, which had ample means to crush the Protestant heretics. But the same Catholic empire was also constantly threatened and kept busy by “the Turks” whose own empire-building inadvertently helped the Protestants. “The Turk was the lightning rod that drew off the tempest,” noted J. A. Wylie in his classic, History of Protestantism. “Thus did Christ cover His little flock with the shield of the Moslem.” 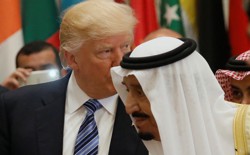 More importantly, some early Protestants, desperately seeking religious freedom for themselves, found inspiration for that in the Ottoman Empire, which was then more tolerant to religious plurality than were most Catholic kingdoms. Jean Bodin, himself a Catholic but a critical one, openly admired this fact. “The great empereour of the Turks,” the political philosopher wrote in the 1580s, “detesteth not the straunge religion of others; but to the contrarie permitteth every man to live according to his conscience.” That is why Luther himself had written about Protestants who “want the Turk to come and rule because they think our German people are wild and uncivilized.”

Dearborn Heights — Inside a former church on Ford Road is a room that soon will be filled with high-tech equipment to broadcast the message of Islam to the world.

The room will be stocked with computers, video cameras and other media equipment to produce online sermons, radio programs and a comprehensive website aimed at reaching Muslims here and around the English-speaking Islamic world.

The project is part of the Islamic Institute of America, a new mosque in Dearborn Heights led by Imam Hassan Al-Qazwini — one of Metro Detroit’s most prominent Muslim leaders. Hundreds of people attended the first Friday prayers at the mosque last week.

Al-Qazwini, 52, led the region’s most prominent mosque, the Islamic Center of America in Dearborn, until resigning nearly two years ago amid controversy. Now he has ambitious plans for a new community.

Among them: monthly interfaith seminars for non-Muslims, a social work outreach to those suffering from problems such as drug addiction and domestic violence, a youth speakers bureau to fulfill growing community requests, a Middle Eastern gift shop and numerous educational programs for youth as well as an arcade in the basement for kids.

Also envisioned by Al-Qazwini is the nation’s first seminary to train Shia imams — so American-born Muslims don’t have to leave the U.S. and spend years in the Middle East, like Al-Qazwini did and where his two sons are studying to be Islamic spiritual leaders.

FULL ARTICLE FROM THE DETROIT NEWS

Profiles with Christian and Islamic symbols

Early Christian Responses to the Advent of Islam

When the armies fueled by Islamic expansionism swept out of the Arabian peninsula into the Eastern realms of the Christian Empire in the middle of the seventh century C.E. Christians in general (even the non-Chalcedonian Orthodox who in some cases welcomed the Arab armies as liberators from a century of deprivations visited on them by the Chalcedonians) reacted with what can best be described as incredulity.  Seventh century Christendom operated with a near monolithic mindset that assumed the triumph of the Christian faith. Islam came in this case as an invasion not only of armies, but ideology, offering an alternative religious vision that Christians found difficult to categorize, particularly those Christians in the western reaches of the Empire who were not in the path of the conquering armies. R.W. Southern labels this initial response of Western Christians to the rise of Islam an “ignorance of confined space.”

This is the kind of ignorance of a man in prison who hears rumors of outside events and attempts to give shape to what he hears, with the help of his preconceived ideas.  Western writers before 1100 were in this situation with regard to Islam.  They knew virtually nothing about Islam as a religion. For them, Islam was only one of a large number of enemies threatening Christendom from every direction, and they had no interest in distinguishing the primitive idolatries of Northmen, Slaves, and Magyars from the monotheism of Islam, or the Manichaean heresy from that of Mahomet.[1]

This remained the situation through much of the early part of the Middle Ages which gave Western Christians a creative license to indulge their fantasies about a religion and culture about which they knew next to nothing.  This was not the case in the East where Christians experienced Islam not only as the faith of an invading army, but within a relatively short span of time the dominant faith of an Empire that would subvert the Christendom paradigm and relegate its Christian residents to dhimmi status.