Eds: This story was supplied by The Conversation for AP customers. The Associated Press does not guarantee the content.

As outbreaks of the coronavirus spread throughout the world, people are reminded over and again to limit physical contact, wash hands and avoid touching their face. The recent Netflix docuseries “Pandemic: How to Prevent an Outbreak” illustrates how the Islamic ritual washing, known as “wudu,” may help spread a good hygiene message.

The series focuses on Syra Madad, a Muslim public health specialist in a New York hospital, who takes a break to say her prayers at the Islamic Center of New York University. Before entering the prayer room, Madad stops to perform wudu, and washes her mouth and face as well as her feet.

Islamic law requires Muslims to ritually purify their body before praying. As a scholar of Islamic studies who researches ritual practices among Muslims, I have found that these practices contain both spiritual and physical benefits.

BEIRUT, Lebanon — Down on earth, the coronavirus outbreak was felling lives, livelihoods and normalcy. A nation-spanning blessing seemed called for. So up went a priest in a small airplane, rumbling overhead at an epidemiologically safe distance from the troubles below, wielding a sacred golden vessel from a cockpit-turned-pulpit.

Before his flight over Lebanon, a soldier at an airport checkpoint asked the Rev. Majdi Allawi if he had a mask and hand sanitizer.

“Jesus is my protection,” said Father Allawi, who belongs to the Maronite Catholic Church. “He is my sanitizer.”

Religion is the solace of first resort for billions of people grappling with a pandemic for which scientists, presidents and the secular world seem, so far, to have few answers. With both sanitizer and leadership in short supply, dread over the coronavirus has driven the globe’s faithful even closer to religion and ritual.

Believers worldwide are running afoul of public health authorities’ warnings that communal gatherings, the keystone of so much religious practice, must be limited to combat the virus’ spread. In some cases, religious fervor has led people toward cures that have no grounding in science; in others, it has drawn them to sacred places or rites that could increase the risk of infection.

Christian and Muslim religious leaders reached out Friday across the divided island of Cyprus in a rare show of unity for prayers to overcome the novel coronavirus pandemic.

They urged “all other religious and faith community leaders in Cyprus and all sisters and brothers of faith to join them in prayer and action to fight this pandemic together”, in a statement issued by an interfaith group of the stalled UN-sponsored peace process.

They made a special mention of “all doctors, nurses, medical, paramedical personnel and all caregivers who are struggling daily to confront the consequences of this virus”.

They also called on the faithful to “pay very serious attention” to the strict social distancing measures enforced on both sides of the island’s UN-patrolled ceasefire line.

Both the Greek Cypriot-administered south and the Turkish Cypriot have closed schools and shut down clubs, bars, restaurants, prohibited indoor leisure activities and banned all competitive sports.

In many religious traditions, there are two relational axes along which our lives are understood. The first is the vertical, between the created and the Creator; the second is the horizontal, among the created and with the rest of creation. Islam has those two aspects as well, with the latter relationship always being viewed through the lens of the former. The COVID-19 pandemic has had a marked effect on the latter relationship, changing the nature of ritual worship in many ways. And at the same time, Muslim sages and scholars have reminded their flocks that the former relationship, between the Divine and those who beseech Him, remains constant and consistent — even if takes different forms in this difficult time.

Over the past week, Muslims around the world have pleaded with Islamic scholars to weigh in on the pandemic to give advice and guidance. The coronavirus directly affects congregational worship in several significant ways due to the “social distancing” advice — not least the ability to attend lessons and classes (because Islam is fundamentally a religion of learning), and funeral arrangements (because of the concern of spreading infection from people who pass away from complications arising from the virus).

It might seem simple to some that congregational worship should be done away with in situations of emergency. But it isn’t quite that easy. There are prayers to be held in mosques that are considered religiously compulsory for many in the community; there are other prayers that are strongly recommended to be performed in a congregation; and many of the pious will go to great efforts to ensure they meet those obligations and recommendations.

As an academic and scholar in Islamic studies, I’ve participated in many of the debates concerning the obligations attendant on Muslims in times of crisis — within my native Britain, in Europe and the United States, in South Africa and South East Asia. The discussions of which I’ve been a part were not, and could not simply be, a matter of identifying the legal prescriptions in the Islamic tradition. Instead, the vast majority of scholars with whom I’ve interacted or whom I’ve observed — from the Higher Council of Azhar Scholars in Egypt, to the British Board of Scholars and Imams in the UK, to the Azzawia Trust in South Africa — were unequivocal that the obligations or recommendations of congregational prayers, including the Friday prayer, ought to be suspended in the face of public health concerns.

(CNN)When Episcopal congregants receive Holy Communion this weekend, many of them may choose not to dip the consecrated bread into the single, shared chalice. Some Catholic churches simply won’t be using the cup during communion. And when worshippers of both traditions exchange the sign of peace, they’ll wave or bump elbows instead of the typical handshakes or hugs.

Those are just a handful of the precautions that the Episcopal Diocese of Chicago and the Roman Catholic Archdiocese of Chicago are each taking to help prevent the spread of coronavirus in their congregations. Both institutions have issued guidelines to clergy, priests and other congregation leaders as more cases of coronavirus are identified across their region.
And as coronavirus continues to spread around the world, religious leaders across several faith traditions are modifying practices and adjusting services. Churches are offering mass online and on TV. Synagogues may stream readings of the Scroll of Esther for Purim. Muslim pilgrimages of Umrah are temporarily suspended.
Here’s a look at some of the ways that religions are adapting to the threat of coronavirus.

In Bethlehem, doors are closed at the Church of the Nativity, considered the birthplace of Jesus. And across Manger Square, the Omar Ben Khatab mosque stands empty as well. 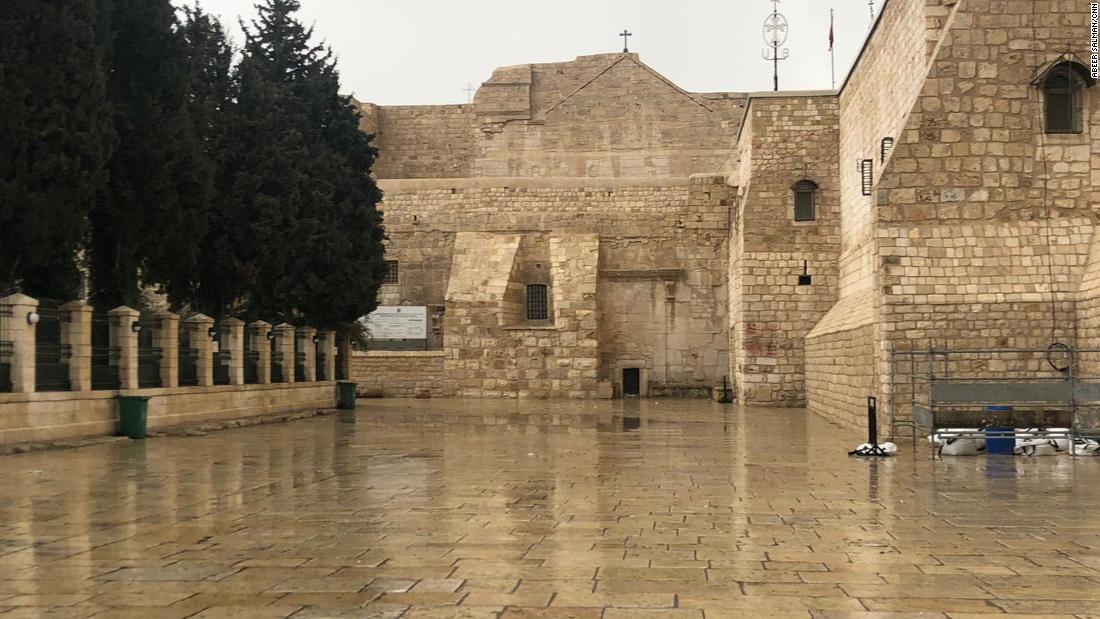 The Church of the Nativity, regarded as the birthplace of Jesus, is closed over fears of coronavirus.
Instead of giving his weekly Sunday greeting at the window in St. Peter’s Square in Rome, Pope Francis delivered the Angelus prayer via video link.
FULL ARTICLE FROM CNN INTERNATIONAL

Stafford, Virginia — When you’re Muslim and running for U.S. Congress, as Qasim Rashid is in Virginia’s first, you expect vitriol.

“Just some of the most grotesque things that you could ever say to anybody,” Qasim said.

Here’s one example: “We do not need you(r) ilk in our nation.  Let alone in any seat of office above street sweeper.”

“I didn’t believe there was a place for them in our government,” said Oz Dillon, who was hoping to rile a response with his comment — and boy, did he get one.

“I stared at the screen just reading it over and over and over,” Oz said. “He reached across that gap and took my hand.”

When Qasim looked at Oz’s old Facebook posts, he found lots of offensive comments — but he also learned he had crushing medical debt, to the point where he even set up a GoFundMe account.  And that’s when Qasim knew how he had to respond.

He posted this note to his 400,000 followers: “My faith teaches me to serve all humanity. So I’ve donated $55 to his GoFundMe. Please donate if you can.”

Religious authorities across the Middle East have moved to cancel or limit weekly prayer gatherings to help prevent the spread of the new coronavirus.

In Kuwait on Friday, religious authorities asked Muslims to pray at home as the Gulf states stepped up measures to fight the spread the novel virus.

In Jerusalem, Christian, Muslim and Jewish leaders said services would continue to be held in the Holy Land but moved to limit indoor gatherings after the Israeli Health Ministry said they should not exceed 100 people.

The Islamic endowment that oversees the Al-Aqsa Mosque compound in occupied East Jerusalem, the third holiest site in Islam, said Friday prayers would be held as normal but encouraged people to pray in the outer courtyards and refrain from crowding inside the mosques.