d you watch PBS’s The Great Muslim American Road Trip? (It’s still available to stream for free.) The three-part series follows a young Muslim couple as they explore the history and experience of Muslims in America on a cross-country road trip that began in Chicago, where they met with Maryam Ali, the daughter of Muhammad Ali. The boxer was one of the most prominent Nation of Islam members in the country, and he was a major force behind the establishment of the Masjid Al-Faatir mosque in Kenwood.

That’s obviously just one of many mosques and prominent Muslim sites in the Chicago area, which has been a center of Muslim movements that catered to African Americans as well as a new home for Muslim immigrants from the Middle East, Eastern Europe, Africa, and other parts of the world. The Washington Post called Chicago “ground zero in [a] U.S. Muslim renaissance” in 2013, due to the city’s wealth of energetic Muslim organizations and one of the “nation’s largest and most diverse” Muslim communities, which it numbered at around 400,000 people.

Here are seven important Muslim sites in the Chicago area that illustrate both Islam’s rich history here and its vibrant future. 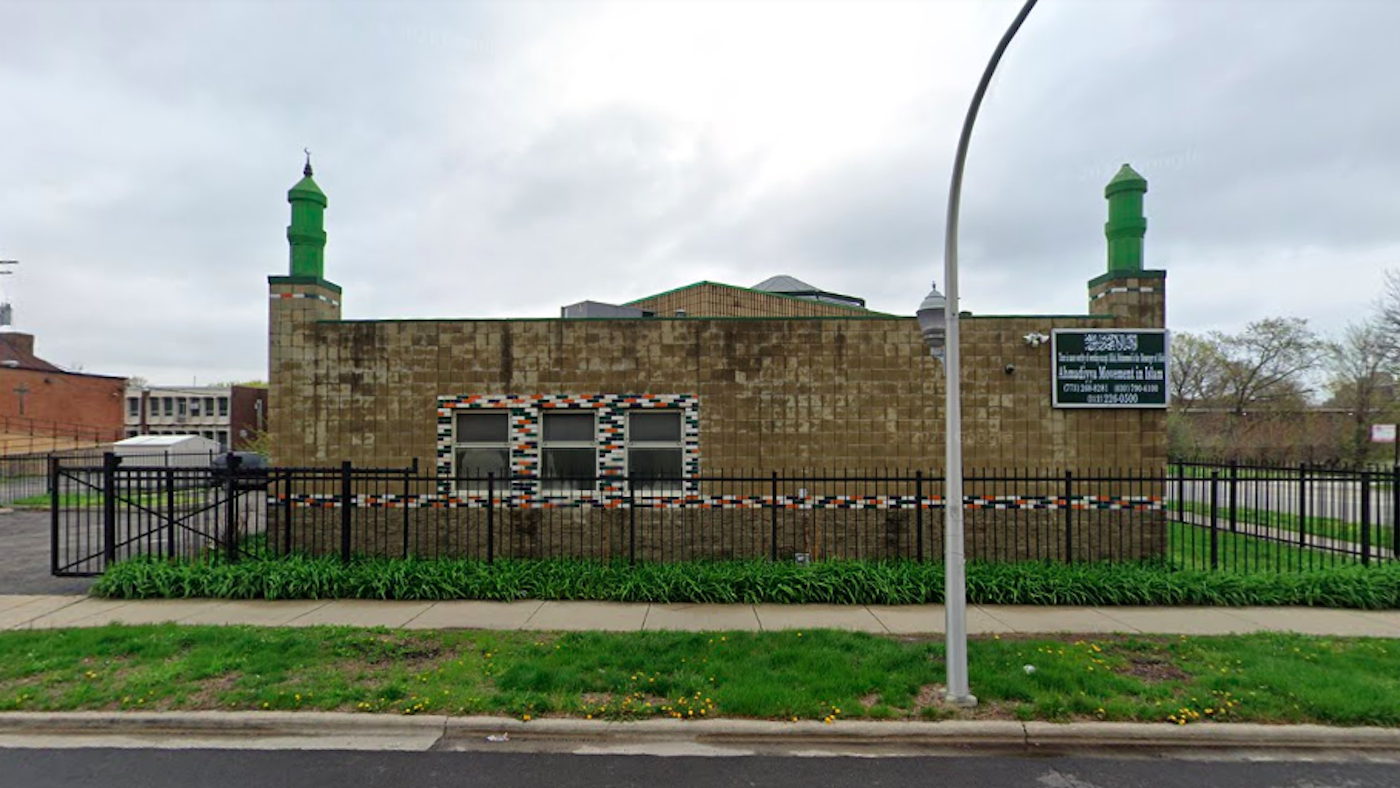 The Al-Sadiq Mosque in Bronzeville was commissioned in 1922 and is one of America’s oldest mosques. Image: Google Maps

It can be argued that the first recorded mosque in America was in Chicago, on the Cairo Street exhibit at the World’s Columbian Exposition of 1893. But, while it had an imam and calls to prayer, it was mainly meant for tourists and was disassembled after the Fair.

But the Al-Sadiq Mosque in Bronzeville, commissioned in 1922, also has a claim to being one of the oldest mosques in the country. Its existence stems from a 1920 visit to Chicago by Mufti Muhammad Sadiq, an Ahmadi Muslim missionary. The Ahmadiyya sect originated in South Asia, and reached out to Black Americans who rejected Western Christianity as a manifestation of white supremacy before the Nation of Islam existed. Chicago served as the national headquarters of the movement until 1950.