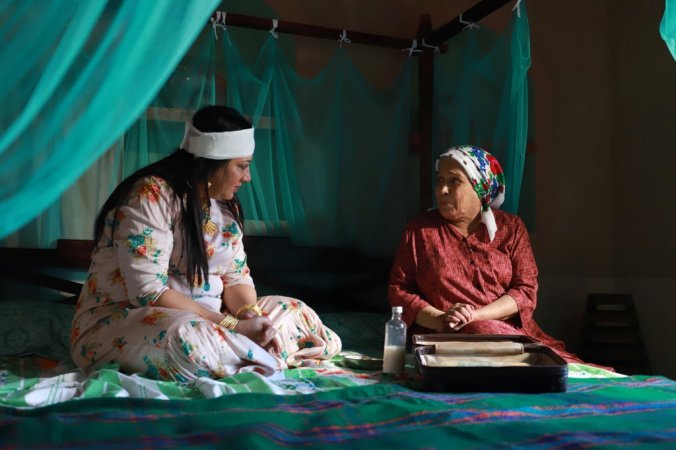 BEIRUT, Lebanon — In a mud-walled village in the Persian Gulf, a Christian woman sheds tears of love for a Muslim merchant. But he is stuck in a miserable marriage to a woman who longs for another Muslim man. But she can’t have him, because he is crazy about the local rabbi’s daughter.

These tangles of interreligious intrigue unspool in a new blockbuster television series that has set off heated debates across the Arab world about the region’s historical relationships with Jewish communities and the shifting stances of some of its current leaders toward Israel.

Fans laud the program, set in the 1940s and 1950s, for highlighting an often overlooked aspect of the region’s past — Jewish communities in the Persian Gulf — while providing a much-needed example of coexistence among different faiths.

But critics have blasted it as a blatant effort to reshape Arab views of Israel to pave the way for formal relations, or what many in the Arab world call “normalization.”

With the coronavirus shuttering mosques and the holy city of Mecca, this year’s Ramadan, which began last week, was already bound for the history books.

But the virus’s effect on the Islamic holy month is just one aspect that will be long remembered, a prominent Palestinian journalist, Abdel Bari Atwan, wrote this week.

The other reason this Ramadan won’t soon be forgotten is because “it witnessed the largest normalization campaign, driven by the Saudi media, with help from the government, and coordinated with the Israeli occupation state,” Mr. Atwan said.

Suspicions that the historical TV drama, “Um Haroun,” or “Mother of Aaron,” is part of a state-sponsored push to sway opinions are widespread. The show airs on MBC, the Arab world’s largest private broadcaster, but one ultimately controlled by the Saudi state.