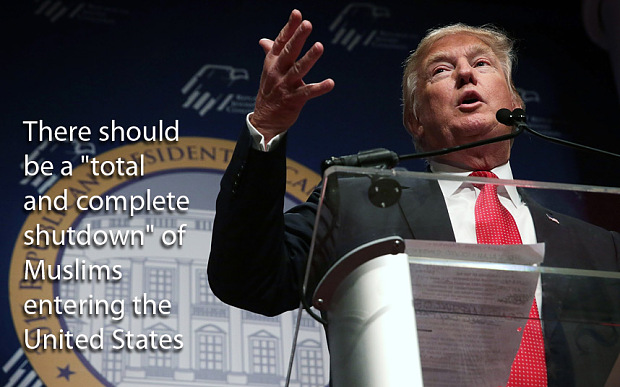 To some public figures in our country, it’s forever open season on Muslims in America. Jeannine Pirro, Tucker Carlson, Sean Hannity and even our President continue to disingenuously portray Islam as a threat to all Americans. But should you really fear the brown guy sitting next to you on the airplane (and Muslims come in all skin colors); your Muslim coworker, the kid at school with the “funny” name, your next-door neighbor?

Muslims currently make up a little over 1 percent of the total U.S. population. The fact that their representation has finally started making headway in our government has triggered hysteria that shows no signs of abating, particularly amongst the many Republicans who seem to be making some shabby sort of career out of bullying Muslims and immigrants.

But President Trump and his loyal supporters aren’t just bullying a minority, though this would have been bad enough. They are pitting their fellow Americans against one another, sowing division that undermines everything we’re supposed to stand for as a country.

There is no shortage of examples, but one in which Trump managed to offend both Jews and Muslims in the same breath readily springs to mind. At a press conference last month, he went on this memorable tangent: “…where has the Democratic Party gone, where have they gone, where their defending these two people [ Congresswomen Ilhan Omar and Rashida Tlaib] over the State of Israel. And I think any Jewish people that vote for a Democrat, I think it shows a total lack of knowledge or great disloyalty.”

The statement sent shockwaves throughout America. Both Jewish and Muslim Americans felt targeted by the Presidents comments. Jewish Americans that voted in favor of Democrats were being labeled as “disloyal” to the United States. Muslim Americans sat horrified at the onslaught of yet another Islamophobic attack by their President.

Pitting Americans against one another goes against the core principles instilled in me as a United States Marine. And questioning the loyalty of both Jewish and Muslim Americans to America by invoking the “you’re either with us, or against us” mindset is a dangerous game that puts the very core of what America is supposed to be about at risk.