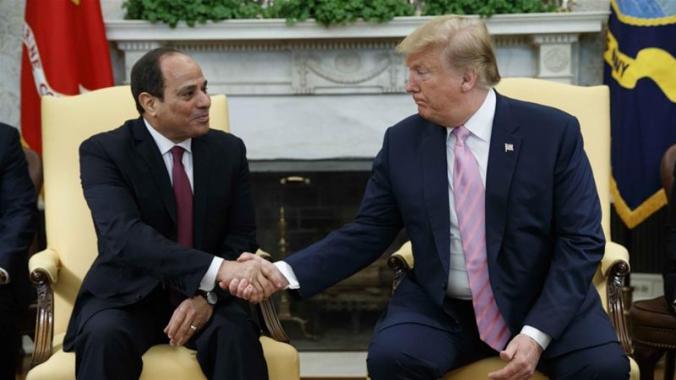 One has to admire US President Donald Trump‘s tenacity. Despite the many fiascos of his Middle Eastpolicy, he keeps going down the same path, with the same partners, come what may.

Since his first foreign trip landed him in Saudi Arabia and Israel two years ago, the president has been on a roll, trampling all over traditional liberal US policies, defying the United Nations, violating international law and heightening tensions in the Middle East – all at the request, or in support, of these special partners.

This trend intensified over the past few weeks. The White House overrode Congress to continue assisting the Saudi war effort in Yemen and lent its support to the renegade general, Khalifa Hafter, during his assault on the Libyan capital, Tripoli. It also proclaimed the Syrian Golan Heights part of Israel and gave approval to the Israeli annexation of occupied Palestinian territories.

As a result of these policies, tensions throughout the region are escalating, yet the Trump administration won’t reconsider, let alone reverse any of them. It has only really done that once – when it stepped back from its hastily-taken position on the blockade of Qatarby Saudi Arabia, the UAE, Bahrain and Egypt two years ago.

But that’s the exception that confirms the rule.