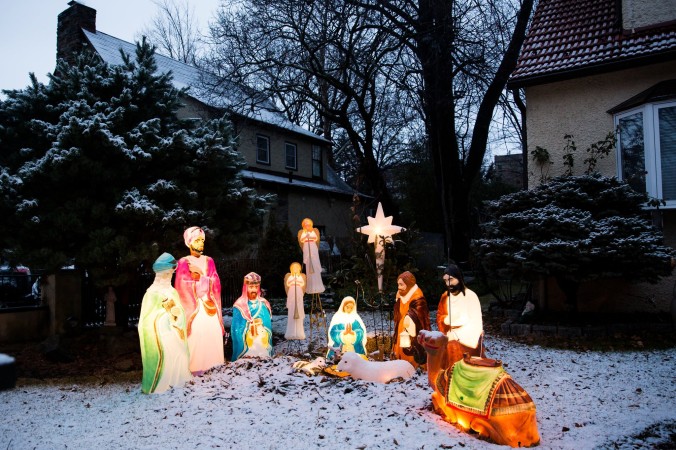 At Bellarmine, an all-boys Catholic school in San Jose, Calif., I was often the token Muslim and probably the only person who began freshman year thinking the Eucharist sounded like the name of a comic book villain. I eventually learned it’s a ritual commemorating the Last Supper. At the monthly Masses that were part of the curriculum, that meant grape juice and stale wafers were offered to pimpled, dorky teenagers as the blood and body of Christ.

During my time there, I also read the King James Bible and stories about Jesus, learned about Christian morality, debated the Trinity with Jesuit priests and received an A every semester in religious studies class. Twenty years later, I can still recite the “Our Father” prayer from memory.

Growing up, I’d been taught that Jesus was a major prophet in Islam, known as “Isa” and also referred to as “ruh Allah,” the spirit of God born to the Virgin Mary and sent as a mercy to all people. Like Christians, we Muslims believe he will return to fight Dajjal, or the Antichrist, and establish peace and justice on earth. But it was everything I learned in high school that came together to make me love Jesus in a way that made me a better Muslim.

Even though I don’t personally celebrate Christmas, the season always makes me think of his legacy of radical love. This year, it’s especially hard to understand how Trump-supporting Christians have turned their back on that unconditional love and exchanged it for nativism, fear and fealty to a reality TV show host turned president.