The Muslim population in the United States is younger than the U.S. population at large. 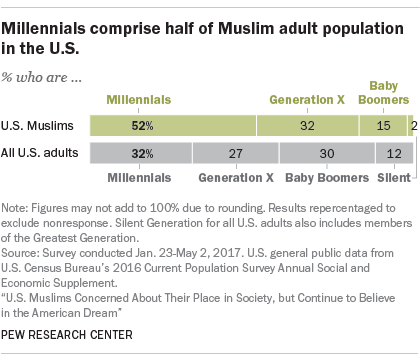 In fact, while Millennials make up 32% of all U.S. adults, they account for roughly half of American Muslim adults (52%).

Muslim Millennials were born from 1981 to 1999 and generally came of age after 9/11. Most have transitioned to adulthood, and attended or graduated college. Some have embarked on careers or begun raising families.