Mohammed A. Malik is an entrepreneur in Port St. Lucie, Florida. 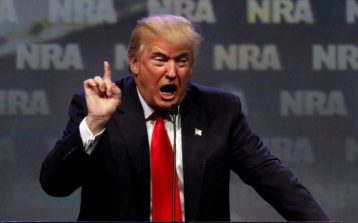 Donald Trump believes American Muslims are hiding something. “They know what’s going on. They know that [Omar Mateen] was bad,” he said after the Orlando massacre. “They have to cooperate with law enforcement and turn in the people who they know are bad. … But you know what? They didn’t turn them in. And you know what? We had death and destruction.”

This is a common idea in the United States. It’s also a lie. First, Muslims like me can’t see into the hearts of other worshipers. (Do you know the hidden depths of everyone in your community?) Second, Trump is wrong that we don’t speak up when we’re able.

I know this firsthand: I was the one who told the FBI about Omar Mateen.

I met Omar for the first time in 2006 at an iftar meal at my brother-in-law’s house. As the women, including his mother and sisters, chatted in the living room, I sat with the men on the patio and got to know him and his father. Omar broke his Ramadan fast with a protein shake. He was quiet — then and always — and let his dad do the talking.

[Rep. Jim Himes: Why I walked out of the House’s moment of silence for Orlando.]

I’d seen them before at the oldest mosque in the area, the Islamic Center of Fort Pierce. We have a lot of immigrants in our community. They grew up in other countries, often with different sensibilities. A few don’t understand American culture, and they struggle to connect with their American-born or American-raised kids.

I came here from Pakistan in 1979 when I was 6 years old, grew up in Queens (like Omar) and Fort Lauderdale, went through the American education system, and assimilated well. So I was able to make better inroads with young people in our community, including that introverted teenager I met at the iftar. I tried to stay in touch with the younger generation, acting as a mentor when I could.