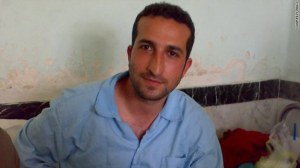 Washington (CNN) – Pastor Youcef Nadarkhani, an Iranian Christian charged with leaving Islam, has received a local trial courts final verdict, according to sources close to his legal team, and may now be executed for leaving Islam.

Jodran Sekulow, executive director of the American Center for Law and Justice, said he was informed on Monday by the pastor’s legal team that the final execution order had been issued. At this point, said Sekulow, the pastor could be executed without the legal team’s knowledge.

The White House issued a pointed statement on Thursday, strongly condemning the reports and renewed calls for Iranian authorities to release the pastor.

“This action is yet another shocking breach of Iran’s international obligations, its own constitution, and stated religious values,” stated a release by the White House. “The United States stands in solidarity with Pastor Nadarkhani, his family, and all those who seek to practice their religion without fear of persecution-a fundamental and universal human right. ”